Can The Stars Keep Tyler Seguin? 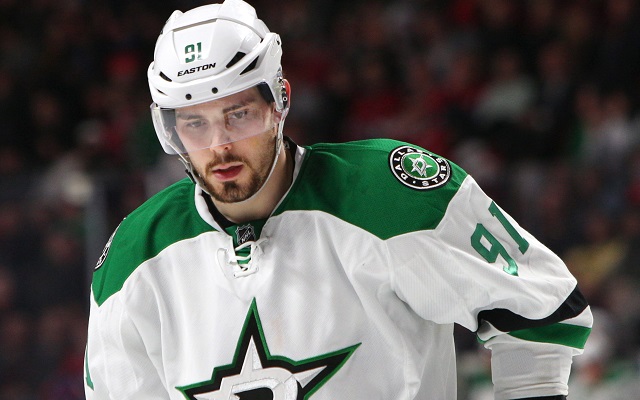 Ever since they made a trade to get him from the Boston Bruins, Tyler Seguin has been a cornerstone of their franchise. He hasn’t scored less than 72 points since he was acquired during the offseason of 2013.

After being drafted by the Bruins second overall in 2010, he spent three years with the franchise. He put up 22 points on 11 goals and 11 assists during his first season, the 2010-11 season. Seguin cranked up the production the next season, producing 67 points. During the lockout-shortened 2012-13 season, he scored 32 points. He was also able to produce 8 points during the very successful playoffs that season, appearing in 22 games. After dropping the Stanley Cup Finals to the Blackhawks that year, Boston obviously thought some re-tooling was in order. They traded him, Rich Peverley, and Ryan Button to Dallas for Loui Eriksson, Reilly Smith, Matt Fraser, and Joe Morrow. Most would agree that Dallas walked away with a win after that deal, since Seguin now ranks sixth in points in Stars history, with 384. He is also already second in goals in Star history, tied with Sidney Crosby, with his 173 goals.

The pros for Dallas in signing a player to an extension early, since Seguin still has one year left on his contract, is to cut down on distractions. Teams want their players to be focused on winning, rather than whether they are going to lose one of their biggest stars and leaders. It would certainly be a sigh of relief in the Dallas locker room if they were to hear that Seguin is staying long term. Also, they can get a better bargain signing a player early. Nikita Kucherov is proof of this, at Tampa Bay got a good deal on him when he decided to sign rather than test free agency.

From Seguin’s perspective, with all things being equal, the question is whether you value more money or guaranteed money. There is no doubt that teams will be lining up for his services should he become an unrestricted free agent. This fact would drive his price up, especially since John Tavares set the tone for UFA centers when he was given $11 million per year by the Maple Leafs this offseason. Seguin could get something in that ballpark should he test free agency next year. However, if he signs now, he would eliminate the chance of himself being stuck between a rock and a hard place should he sustain a major injury this coming season.

Signing now would give him financial security. A third possibility is that Dallas could trade him to a contender for some prospects if he indicates that he wishes to leave in free agency. A team would have to have an already good roster capable of competing, and also enough young talent and draft pick for this sort of trade to make sense, so suitors could be limited. Regardless of what scenario plays out, Tyler Seguin will definitely be making more money than he is now when the 2019-20 season rolls around.

Join us on Telegram to get even more free tips!
« Predators Ink Ellis to Long
Veteran Journeyman Upshall Getting Chance in Edmonton »
SportingPedia covers the latest news and predictions in the sports industry. Here you can also find extensive guides for betting on Soccer, NFL, NBA, NHL, Tennis, Horses as well as reviews of the most trusted betting sites.
NHL Betting Tips, Predictions and Odds 800