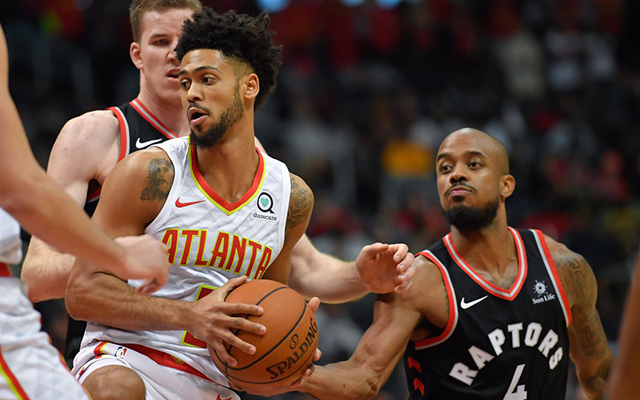 When the Hawks were first on the clock in the 2017 NBA Draft, they were picking 19th. Normally, the top talents are all gone by pick 15, and there a few late-round standouts. Atlanta decided to select John Collins, who did more for them than they could have ever imagined last year. Read below as we highlight Collins’ rookie season, and his impact on the team moving forward.

Selected out of Wake Forest, Collins came to a team that had a real use for his services. Playing primarily at the four spot, he was backing up Ersan Ilyasova for a large chunk of the season. Primarily used as a reserve, he was still able to produce at a high level. For the season, Collins averaged 10.5 points, 7.3 rebounds, and 1.1 blocks per game. He shot the ball effectively, at 57.6%, and had three games in which he made multiple three-pointers. The long-ball is something he started to work on late in the year and could be a big part of his game next year.

There were a few occasions where Atlanta would go small and put Collins at the five, and this was a move that would work out since he can spread the floor and also protect the rim. He was very unselfish for a player at his position, shown through him having thirteen games last season where he had three or more assists. Now, the Hawks are talking about possibly having him do some facilitating next year, and as he’s begun working on the drive-and-kick.

When a team goes through a rebuild, it is vital that they strike the right chords in the draft, and Collins was just what they needed. They had Paul Millsap and Al Horford around for a long time, both players perennial All Stars, and so when they left, this left a major void. Collins resembles Millsap with his silky-smooth mid-range jumper, and his willingness to hustle after every loose ball. The next step is acquiring a center who can do what Horford did with his steady offensive providing, but that is what 2019 will be for.

The only real issue with Collins is that he’s sometimes a little too aggressive while going for a block or loose ball, and it resulted in him fouling out on four occasions, and recording four or more fouls on twenty-one others. This is something easily fixable, and now that he has a year in the league under his belt, he knows exactly what he has to work on. He’s going to be a serious threat to the league this year, and could well be up for the most-improved player award.

HEY THERE WORLD, watch out for John Collins!

Join us on Telegram to get even more free tips!
« Brandon Knight Hoping to be Huge Key for Up and Coming Suns Team
Reggie Bullock Plays Huge Role in 2018 »
SportingPedia covers the latest news and predictions in the sports industry. Here you can also find extensive guides for betting on Soccer, NFL, NBA, NHL, Tennis, Horses as well as reviews of the most trusted betting sites.
NBA Betting Tips, Predictions and Odds 1369