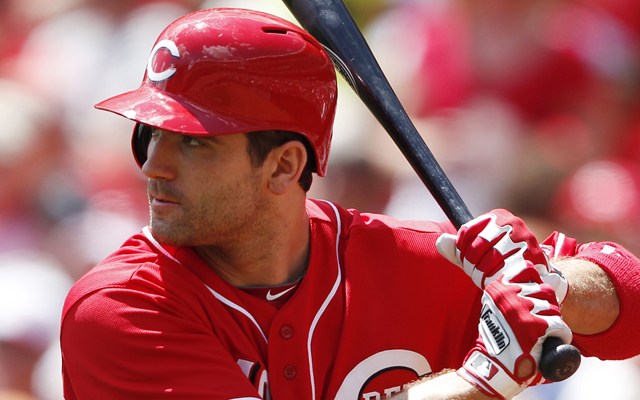 Major League Baseball teams were busy on Friday placing players on the disabled list while trying to scramble to add players from the Minor-Leagues. A pair of National League starting pitchers were placed on the 10 day disabled list as well as a perennial All-Star first baseman.

The Chicago Cubs placed veteran left hander Mike Montgomery on the 10-day disabled list due to left shoulder inflammation. Montgomery felt some discomfort after throwing his bullpen session on Thursday. The lefty was scheduled to start on Saturday against the Pittsburgh Pirates, and will be replaced by Tyler Chatwood in the rotation.

Montgomery was put into the starting rotation after Yu Darvish was placed on the disabled list for the Chicago Cubs in May. Montgomery has pitched well for the Cubs posting a 3.08 earned run average in 13 starts this season. Chatwood will return to the Cubs rotation after being bumped to the bullpen following the acquisition of Cole Hamels. Chatwood has struggled with his command in 2018, but the Cubs have fared well in his starts this season.

The Cubs continue to lead the National League Central Division, but the Milwaukee Brewers and St. Louis Cardinals are close behind. Chicago is in Pittsburgh this weekend for a four-game series against the Pirates.

The Washington Nationals have suffered another blow to their pitching staff in right handed starter Jeremy Hellickson. Hellickson has a right wrist sprain and will placed on the 10-day disabled list according to a source. The righty suffered the injury during his previous start against the St. Louis Cardinals on Wednesday night.

Hellickson landed awkwardly after colliding with Harrison Bader near home plate after throwing a wild pitch. Hellickson, 31, is now the fifth Nationals pitcher to be placed on the disabled list in the last month joining fellow starter Stephen Strasburg. Strasburg could return in time to take Hellickson’s spot in the Nationals rotation.

The Nationals continue to trail both the Atlanta Braves and Philadelphia Phillies in the National League East. Washington entered the weekend with a 61-61 record and were eight games behind the Braves. The Nationals have dropped seven of their last 10 games and need a long win streak to get back into the playoff race.

The Cincinnati Reds will be without their best player after placing Joey Votto on the 10-day disabled list on Friday. Votto is headed to the DL with a right lower leg contusion after being hit by a pitch earlier this month. The Reds first baseman was hit by a pitch on August 4th that was thrown by Washington Nationals closer Ryan Madson. Votto has been trying to play through the injury but has missed games off and on since that date.

The 34-year-old Votto is having another solid season in the middle of the Reds lineup. He is hitting .288 with 55 runs batted in through 118 games this season. Votto’s power numbers are down this season and he has belted just 9 home runs. The Cincinnati Reds are in last place in the National League Central.

Join us on Telegram to get even more free tips!
« Puig, Urena Suspended by MLB
MLB Playoff Races Heating Up »
SportingPedia covers the latest news and predictions in the sports industry. Here you can also find extensive guides for betting on Soccer, NFL, NBA, NHL, Tennis, Horses as well as reviews of the most trusted betting sites.
MLB Betting Tips, Predictions and Odds 241