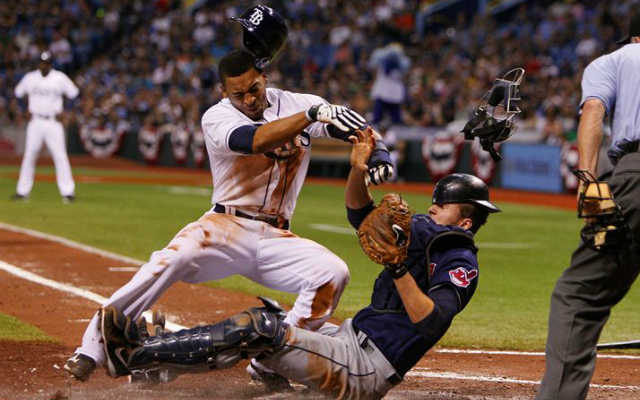 As the calendar shifts to mid-August, playoff races in Major League Baseball are heating up in both leagues. No team in the National League has more than a five game lead entering play on Saturday, while the AL West and AL Wild Card races are extremely tight as well. This is shaping up to be an extremely fun and exciting finish to the 2018 Major League Baseball Season.

The defending World Series Champion Houston Astros suddenly have company at the top of the American League West. The Astros hold a slim one-game lead over the Oakland Athletics after the A’s earned a walk off victory over Houston on Friday night. The two teams have two more games against each other this weekend, and the A’s could take over the division lead by the end of the weekend. The Astros have dealt with a ton of injuries leading to their recent skid that has let the A’s back into the mix.

The Wild Card race in the American League is another one to keep an eye on. The New York Yankees hold a three game lead over the A’s for the top Wild Card spot, but New York is dealing with injuries as well. The Athletics have their sights on the AL West, but hold a 3.5 game lead over the Seattle Mariners for the final playoff spot in the American League. The Mariners are the only team that has a chance to overtake the A’s or Yankees to earn a playoff spot.

The National League East race is also shaping up to be a great battle. The Atlanta Braves hold a slim 1.5 game lead over the Philadelphia Phillies entering play on Saturday. Neither team has had recent playoff experience, and it will be interesting to see the young teams trying to navigate through the final six weeks of the season.

Three teams still have a chance to win the National League West. The Arizona Diamondbacks hold a 1.5 game lead over the Colorado Rockies, while the Los Angeles Dodgers are just two games out. The three teams will play a ton of games against each other the remainder of the season, and it figures to be an exciting final six weeks.

The Chicago Cubs have the biggest division lead in the National League, leading the NL Central by 4.5 games over the Milwaukee Brewers. Chicago also has the best record in the National League, entering play on Saturday with a 71-50 record. The Brewers and Cardinals figure to challenge the Cubs, but they are also in a battle for the Wild Card spots in the NL.

Six teams are within 5.5 games of each other in the National League Wild Card race. The Phillies hold the top spot with a one-game lead over the Brewers. Milwaukee has just a .5 game lead over the Cardinals for the final NL playoff spot. The Colorado Rockies, Los Angeles Dodgers, and Washington Nationals are also in the mix in what will be a wild final six weeks of baseball.

Join us on Telegram to get even more free tips!
« MLB Players Land on DL
2018 Major League Baseball Little League Classic »
SportingPedia covers the latest news and predictions in the sports industry. Here you can also find extensive guides for betting on Soccer, NFL, NBA, NHL, Tennis, Horses as well as reviews of the most trusted betting sites.
MLB Betting Tips, Predictions and Odds 241