News and Notes from Preseason Week 2 in the NFL 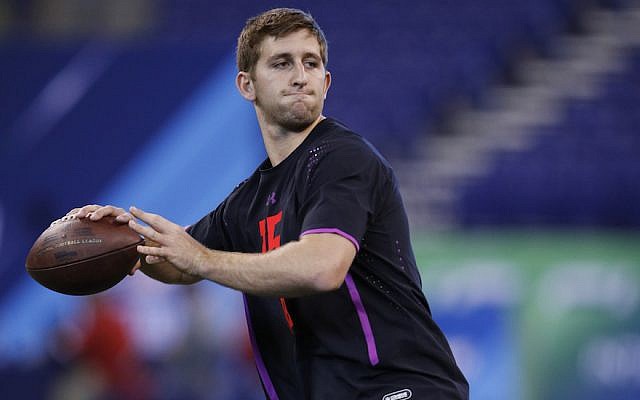 Unfortunately for the Buffalo Bills, there is one less player vying to be the team’s starting quarterback on opening night. A.J. McCarron suffered a broken collarbone after being sacked in the first quarter of Thursday night’s contest against the Cleveland Browns. McCarron started the game, but with him behind center, the offense was sluggish. After the injury, McCarron was replaced by rookie Josh Allen who looked sharp going 9/13 for 60 yards and a touchdown pass. Allen was later subbed out for Nathan Petermann, currently the only healthy quarterback on the roster with any NFL experience. On the other side, rookie Baker Mayfield finished 7/13 for 75 yards.

Josh Rosen looked much better his second time out for the Arizona Cardinals, making Cardinals fans exhale after a shaky performance in Week 1 of the preseason. Rosen finished the game 10/16 for 107 yards and a touchdown.

Due to his size and high usage rate while at Stanford University, there has been some doubt about Christian McCaffrey’s ability to be a lead back in the NFL. McCaffrey will be entering his first season as the feature back for the Carolina Panthers after sharing time with Jonathan Stewart previously. While those doubts and criticisms may be true, McCaffrey was electrifying on Thursday night, showing he has the vision, elusiveness, and breakaway speed to be a premier back in the league. On the second play from scrimmage, McCaffrey took a handoff for 71 yards to pay dirt, outpacing many members of the Dolphins secondary in the process.

San Francisco will have some depth issues at the running back position. General Manager John Lynch stated that top running back Jerrick McKinnon will be out the remainder of the preseason due to a calf strain he suffered earlier this preseason. That leaves Matt Breida, Joe Williams, and the recently signed Alfred Morris as the running backs for the rest of the preseason. If McKinnon is not 100% by the time Week 1 rolls around, the guys lining up behind and next to Jimmy Garropolo will be less than inspiring.

New England’s top pick in the 2018 NFL draft, Isaiah Wynn, tore his Achilles in the preseason opener last week against the Eagles. The University of Georgia product was expecting to make a push for a starting job protecting Tom Brady, but will instead find himself on the shelf all season. Achilles injuries are devastating, but the Patriots will hold out hope Wynn can recover fully from the injury and slide into a starting role in 2019.

Rumors out of both Green Bay and Los Angeles are that both Aaron Rodgers and Aaron Donald are inching closer to contract extensions. The urgency, of course, is higher for the Rams as Aaron Donald will not take the field until he has pen to paper on a new contract. Fans of both teams should be cautiously optimistic about these reports but anytime you can lock down the best player at his respective position for the future, you are doing something right.

Join us on Telegram to get even more free tips!
« Elway: Kaepernick Turned Down Offer
Week 1 Matchups Set to Thrill Football Fans »
SportingPedia covers the latest news and predictions in the sports industry. Here you can also find extensive guides for betting on Soccer, NFL, NBA, NHL, Tennis, Horses as well as reviews of the most trusted betting sites.
NFL Betting Tips, Predictions and Odds 332