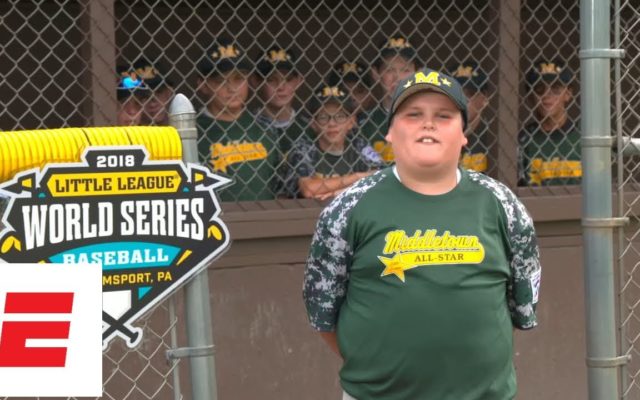 The New York Mets and Philadelphia Phillies will play in the second annual Little League Classic game on Sunday night. The two teams will wrap up their three game series against one another at a unique site. The game will take place at Historic Bowman Field in Williamsport, Pennsylvania, which is the site of the Little League World Series each year.

The 2018 Little League World Series is taking place at the same time in Williamsport, PA, and the Major League players will get a chance to interact with the young athletes throughout the day on Sunday. The St. Louis Cardinals and Pittsburgh Pirates played in the inaugural Little League Classic game last season. The Pirates defeated the Cardinals, 6-3, in front of a packed stadium filled with little league players and their families.

The 2018 version of the Little League Classic will take place at the home of the Phillies Class A team, Williamsport Crosscutters. Both the New York Mets and the Philadelphia Phillies will attend Little League Baseball games throughout the day in Sunday in advance of their contest. The game will be broadcast on ESPN as this week’s edition of Sunday Night Baseball.

Conforto has expressed his excitement about returning to Williamsport for the first time since 2014. The outfielder performed well as an 11-year old member of the Redmond Little League team. He went 6-10 with four runs scored during his teams run in the pool play round at Williamsport. Conforto will look to inspire the next generation of players on Sunday night. He will be joined by teammate Todd Frazier who also made it to the Little League World Series as a youngster.

Scott Kingery will also be making a return trip to Williamsport after reaching the Little League World Series as a 12 year old. Kingery played for the Ahwatukee Little League team that was eliminated after pool play. Kingery had a rough week at Williamsport, going 0-10 in the three games. Kingery’s brother Sam played second base for the team, and his dad Tom was the manager of the Ahwatukee team.

The Kingery family will get to reminisce on Sunday as both Sam and Tom are expected to return to Bowman Field to cheer on Scott and the Phillies. Kingery hopes to have a better performance at Bowman Field this time around for the Phillies. Philadelphia remains in second place in the National League East.

Join us on Telegram to get even more free tips!
« MLB Playoff Races Heating Up
Yankees, Red Sox Both Dealing with Injuries »
SportingPedia covers the latest news and predictions in the sports industry. Here you can also find extensive guides for betting on Soccer, NFL, NBA, NHL, Tennis, Horses as well as reviews of the most trusted betting sites.
MLB Betting Tips, Predictions and Odds 241