Many Players Remain on the Market as September Approaches 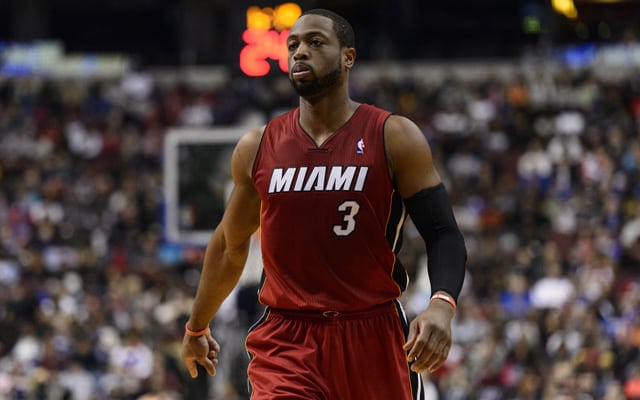 Many players in the National Basketball Association are going to get to camp as September arrives, while there are a number of really good players that have yet to sign an agreement. Whether they do or not, is yet to be seen, but the quality is there. There are 16 guys that are unsigned that are averaging double digits per game in their career. Let’s take a look at some of the names still available.

Dwyane Wade – the former Miami Heat star has an offer from China, but nothing serious from the NBA as of August 20th. The 36-year-old averages more than 22 points per game in his career, and has been in the league for 15 seasons. There is no doubt a team would take D-Wade on their team, but matching up with his interests and demands is another question. There is no serious threat of him heading to China to play.

Joe Johnson – The 37-year-old veteran has played 17 years in the league and is scoring 16 points per game. The former Houston Rockets guard says he wants to play one more season in the league. There is no doubt, J.J. would be a bench player somewhere, and the dude can shoot. There are many teams in the league that could use a guy that can shoot the rock like Joe.

Jamal Crawford – Arguably the best 6th man in all of the National Basketball Association, ever. The 38-year-old would need two more seasons to get to 20 in his career. Crawford is scoring 15 points per game over his career. While Crawford may be a shoot first type of player, many of his former teammates rave about his ability to be a teammate. Minnesota got a good 37-year-old seasons out of Crawford a year ago.

David West – The man has a ring. He is 38 years old and spent 15 seasons in the league. West may be done in the league, but if he is not, he will provide leadership for someone. West is averaging nearly 14 points per game and 6.5 rebounds per game in his career.

Jason Terry – the oldest of the available dudes, as Vince Carter was snagged up by Atlanta. Jason Terry is seeking his 20th season in the league. He spent last season with Milwaukee, and of course is an unrestricted free agent.

Rodney Hood – as we discussed just a day or two ago – the Cleveland Cavaliers want Rodney Hood back. The 26-year-old has only been in the league 4 seasons, but in his career scoring 14 points per game. The guy can play, and Cleveland is showing their interest by getting a qualifying offer. There is very little reason to think Hood does not end up back with the Cavaliers.

Ty Lawson – After finishing his 9th season a year ago, the former North Carolina Tar Heel guard is still on the market. The 31-year-old is scoring nearly 13 points per game. He certainly would fit a backup role somewhere, and will likely sign before October.

Join us on Telegram to get even more free tips!
« Hood Looks to Return to Cleveland with AChip on His Shoulder
Manu Ginobili Set to Make 2018 »
SportingPedia covers the latest news and predictions in the sports industry. Here you can also find extensive guides for betting on Soccer, NFL, NBA, NHL, Tennis, Horses as well as reviews of the most trusted betting sites.
NBA Betting Tips, Predictions and Odds 1371