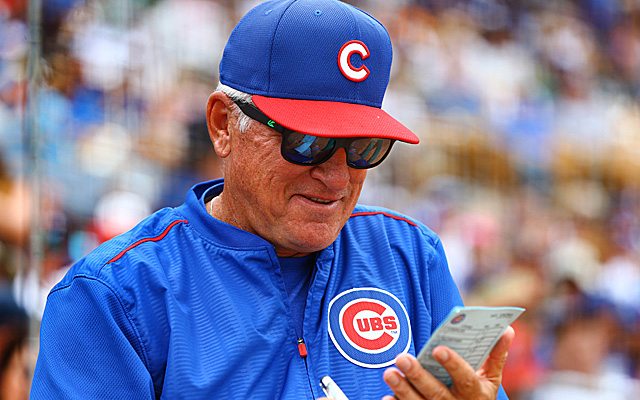 On Tuesday the Chicago Cubs announced that Yu Darvish will be shut down for the remainder of the season. An MRI revealed that Darvish has a stress reaction in his right elbow that will cause him to miss at least six weeks. The right-hander has been on the disabled list since the end of May. Darvish also has a right triceps strain, likely caused by the stress reaction in his elbow.

Darvish has not started for the Cubs since May 20, but had been working on a late-season comeback. Making a start for Class A South Bend on Sunday, Darvish lasted just one inning before being pulled after warming up in the second inning. Darvish was examined by Cubs orthopedic specialist Dr. Stephen Gryzlo in Chicago on Monday. Cubs president, Theo Epstein gave an update on Darvish before the Cubs took on the Detroit Tigers on Tuesday night.

The Chicago Cubs signed Darvish to a six-year, $126 million contract in February, after Darvish pitched for the Los Angeles Dodgers in the World Series. Darvish was expected to be the ace of the Cubs staff and fill in for departing starter, Jake Arrieta. He made just eight starts with the Cubs this season and was ineffective in those outings.

On the season, Darvish posted a 4.95 earned run average and had a 1-3 record through his eight starts this season. Darvish struggled with his command to begin the year, and had a career-high 4.7 walks per nine innings. The Cubs are expecting Darvish to be ready to go when they open Spring Training in 2019.

Darvish, 32, has had a successful Major League career since making his debut in 2012 with the Texas Rangers. He has a career record of 57-45 and sports a 3.49 earned run average. Darvish has recorded 200 or more strikeouts in three separate seasons, including last year. He was named to the American League All-Star team in four seasons with the Texas Rangers.

This is the second time that Darvish has had a setback during the rehab process. In June Darvish was close to making a rehab assignment before experiencing discomfort that caused the Cubs to shut him down for a period of time. The Cubs were more cautious this time, and slowly worked Darvish back into live game action. Darvish was expected to rejoin the Cubs to begin the month of September before the latest setback.

The Cubs were able to add some pitching before the trade deadline, acquiring Cole Hamels from the Texas Rangers. Hamels has been excellent since joining the Cubs, going 3-0 with a 0.72 earned run average in four starts. With the addition of Hamels, the Cubs now have four left handed starters in their rotation.

Chicago still owns the best record in the National League, but their lead is dwindling. The Cubs lead the National League Central by 2.5 games over the St. Louis Cardinals, and the Milwaukee Brewers are just three games out. The Cubs will wrap up their interleague series against the Detroit Tigers on Wednesday night.

Join us on Telegram to get even more free tips!
« Nationals Trade Murphy and Adams
Chapman Hurt, Stanton Cheered For Yankees »
SportingPedia covers the latest news and predictions in the sports industry. Here you can also find extensive guides for betting on Soccer, NFL, NBA, NHL, Tennis, Horses as well as reviews of the most trusted betting sites.
MLB Betting Tips, Predictions and Odds 241