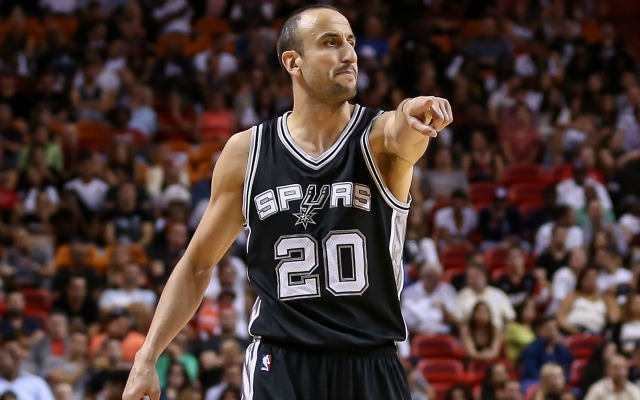 With training camp coming up, Manu Ginobili’s decision will need to be made soon. We all half-expected him to retire during each of the past three offseasons, but he came back each time. Now, with both Tony Parker and Tim Duncan gone, along with Danny Green and Kawhi Leonard, he will have a little less familiarity. Nevertheless, we reflect upon his long career.

For the many fond memories we have of Manu, and the great seasons he has logged for the Spurs, he played 30+ minutes in a season just twice. He only started more games than games in which he came off the bench THREE times. And in two of those years, he was voted in as a Western Conference All-Star. His scoring ability has always been matched by his playmaking, as he’s averaged four or more assists on seven occasions.

He hasn’t started a regular season game since 2013-14, something that has been partly his own decision, but he’s continued to get it done. His minutes have dwindled to career-lows over the past few years, along with all of his statistics, yet he has been efficient. He’s been tasked with less, but he’s still shooting the ball relatively well. Manu had a his highest free-throw percentage in four years last year, and averaged at least one made three per game for the fifteenth straight season.

He may be the only potential Hall-of-Famer to ever average less than five rebounds and five assists per game for his entire career. During his best statistical season, in 2007-08, Manu averaged 19.5 points, 4.8 rebounds, 4.5 assists, and 1.5 steals per game. He did this coming off the bench in 53 of his 74 games. Hedo Turkoglu’s best statistical season, also coming in 2007-08, saw him put up 19.5 points, 5.7 rebounds, and 5.0 assists per game. This is not to knock Ginobili, but to say that his best year by the numbers is not something uncommon.

What the fans have loved about Manu has been his consistency, and his team-first mindset. He wanted to help the Spurs win in any way that he could. He’s had a storied career, where he’s won four champions, and been selected to the All-NBA teams on two occasions. He made a pair of All-Star appearances, and won the sixth man of the year during that top statistical season. He, Tony Parker, and Tim Duncan won more regular season games than any other trio in the history of professional basketball, something none of them will ever forget.

Now, as we may be at the end of the line of Manu’s career, we remember his iconic bald spot, and no matter how much or how little hair was on his head, it always stood out. From long-haired Manu in his early Spurs days to a short hair-cut, to be being absolutely buzzed. We will never forget you Manu, and whether or not you come back, it has been a PLEASURE!

Join us on Telegram to get even more free tips!
« Many Players Remain on the Market as September Approaches
NBA's G »
SportingPedia covers the latest news and predictions in the sports industry. Here you can also find extensive guides for betting on Soccer, NFL, NBA, NHL, Tennis, Horses as well as reviews of the most trusted betting sites.
NBA Betting Tips, Predictions and Odds 1346