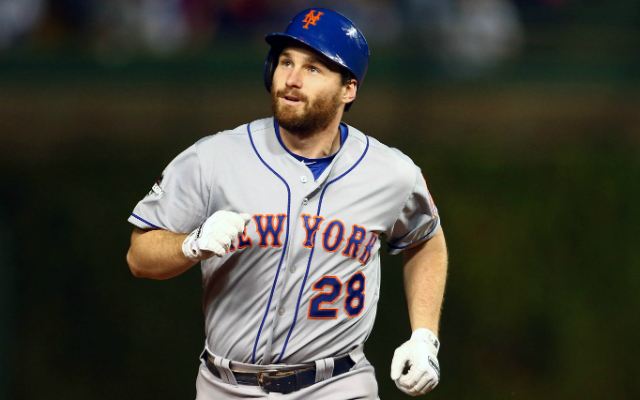 The Washington Nationals were busy on Tuesday afternoon trading away two of their veteran players. The Nationals are sending second baseman Daniel Murphy to the Chicago Cubs and first baseman Matt Adams to the St. Louis Cardinals. Both players were claimed off waivers earlier in the day, and general manager Mike Rizzo was able to find a trade. The moves seem to signal the Washington Nationals giving up on their playoff hopes in 2018.

Daniel Murphy will join a talented, but crowded infield with the Chicago Cubs. MVP candidate Javier Baez is the everyday second baseman for the Cubs, but manager Joe Maddon could shift Baez to shortstop to open up a position for Murphy. Murphy adds a left handed veteran batter with playoff experience to the team with the best record in the National League.

Murphy is a career .299 hitter, and is currently hitting .300 in the 2018 season. He missed nearly two months to begin the season, but has come back to hit six home runs and drive in 29 runs. He is scheduled to be a free agent at the end of the 2018 season.

The 2015 National League Championship Series MVP has a history of hitting well at Wrigley Field. Murphy has a career .413 batting average at the Friendly Confines, and went 7-12 there in a series last month. He is batting .340 with a .904 OPS since the All-Star Break. Murphy is expected to join the Cubs in Detroit this week.

The St. Louis Cardinals will be bringing Matt Adams back to his original organization. The Cardinals selected Adams in the 23rd round of the 2009 MLB Draft. He spent the first nine seasons of his professional career with the Cardinals, playing for the Major League team from 2012-2017. Adams was in his season with the Washington Nationals, after finishing the 2017 season with the Atlanta Braves.

The Cardinals traded Adams to the Atlanta Braves last season on May 20 for infielder Juan Yepez. The move was made to open up the first base position for Matt Carpenter. Carpenter is having an MVP-caliber season at first base for the Cardinals this season. Adams is having a solid season, hitting .257 with 18 homers and 48 runs batted in. Adams belted 56 home runs and drove in 217 runs in his 486 games with the Cardinals.

The Washington Nationals were expected to repeat as National League East champions, but enter Tuesday 7.5 games behind the Atlanta Braves. They are currently a game under the .500 mark with a 62-63 record. Nationals outfielder Bryce Harper was also claimed off waivers by the Los Angeles Dodgers, but a deal has not yet been announced.

Join us on Telegram to get even more free tips!
« Jansen, Altuve Returning to Action
Cubs' Yu Darvish Done For Season »
SportingPedia covers the latest news and predictions in the sports industry. Here you can also find extensive guides for betting on Soccer, NFL, NBA, NHL, Tennis, Horses as well as reviews of the most trusted betting sites.
MLB Betting Tips, Predictions and Odds 241