Roster Roundup: Veterans on the Move 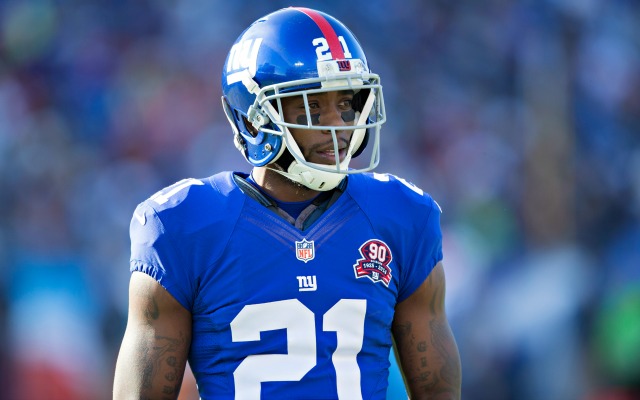 Tuesday and Wednesday saw some veterans joining teams and others receiving their pink slip. The New England Patriots released another veteran wide receiver after handing Kenny Britt his walking papers. The move comes as somewhat of a surprise as the Patriots offered the wide out an extension this past summer. Britt’s option was picked up by New England in March of this year and was scheduled to make just over $1M this season. However, Britt was injured in camp earlier this week which landed him on the PUP list.

Britt was expected to have an increased role with the Patriots this season, since the team got rid of Danny Amendola in the off-season and also with the suspension of lead receiver Julian Edelman. The Patriots also cut Jordan Matthews and Malcolm Mitchell earlier in camp. This leaves Chris Hogan, Cordarrelle Patterson, Eric Decker, Braxton Berrios, and Phillip Dorsett as the wide receivers vying for playing time until Edelman gets healthy. Dez Bryant, anyone?

The rich continue to get richer. George Iloka signed a one-year pact with the Minnesota Vikings. The former starter with the Cincinnati Bengals will head to Minneapolis for the league minimum, which can be considered a steal for a player with the talent and experience of Iloka. Iloka will join a defensive unit already expected to be one of the best in the NFL in 2018.

Iloka will likely slide into the starting safety spot next to All-Pro Harrison Smith, but incumbent starter Andrew Sendejo has been no slouch either. It will be an interesting dynamic to see how the Vikings use Iloka and Sendejo and it would not be surprising to see all three safeties on the field at times. Iloka could have likely received a more financially beneficial deal elsewhere, but people close to Iloka says his relationship with Vikings head coach Mike Zimmer sealed the deal for him. Zimmer was Iloka’s defensive coordinator while the two were together in Cincinnati.

Oakland made sure that DRC did not leave town. Shortly after Dominique Rodgers-Cromartie worked out for the Oakland Raiders, he was signed to a deal. Oakland is looking to shore up a passing defense that was third to last in the league last year. They have added depth at the position this year, but they do not have anyone who you would consider a shutdown corner. DRC will provide more depth, but the veteran appears to have lost a step.

His 2017 season with the Giants was below average league wide and definitely the worst that we have seen DRC in his career. However, Oakland is going to give him a chance to compete for playing time with a young defensive back unit. If nothing else, DRC will be able to provide veteran leadership to the inexperienced youngsters.

In other news, Dallas Cowboys center Travis Frederick was diagnosed with Guillan Barre Syndrome, an autoimmune disease. Frederick is one of, if not, the best centers in the league. He is expected to miss a few weeks as he undergoes treatment for his condition.

Join us on Telegram to get even more free tips!
« Personal Conduct Policy Shelves Players
2019 NFL Draft Prospect Rankings »
SportingPedia covers the latest news and predictions in the sports industry. Here you can also find extensive guides for betting on Soccer, NFL, NBA, NHL, Tennis, Horses as well as reviews of the most trusted betting sites.
NFL Betting Tips, Predictions and Odds 332