Holliday Returns To Rockies in Victory 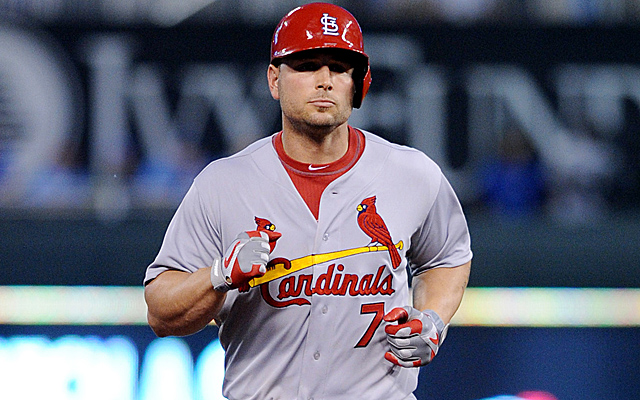 The Rockies fans at Coors Field had been anxiously awaiting the debut of Holliday this season. The Colorado fans gave Holliday a huge ovation before his first at-bat in the second inning. The veteran outfielder recorded a ground-out and a pair of fly ball outs before being removed in the 7th inning.

Holliday sat out the first five months of the season, before signing a Minor League deal with the Rockies in late July. The Rockies sent Holliday to Rookie-level Grand Junction Rockies to begin his return to the Majors. Holliday had most recently been playing for the Rockies Triple-A affiliate, the Albuquerque Isotopes. The Rockies activated the former All-Star before their series finale against the San Diego Padres.

Matt Holliday made his Major League debut in 2004 with the Colorado Rockies and had a huge impact on the franchise in his five seasons there. He hit .290 as a rookie in 2004, but his best season came in 2007. Holliday was the runner-up for the National League Most Valuable Player Award that season while leading the Rockies to the World Series. He was named MVP of the National League Championship that season for the Rockies.

Holliday scored one of the most important runs in Rockies franchise history that season. He scored on a sacrifice fly in the 13th inning on a ball hit by Jeremy Carroll in game 163 that season. The Rockies advanced to the National League playoffs with that win over the San Diego Padres.

The Rockies traded Holliday to the Oakland Athletics after the 2008 season. In return, the Rockies acquired Carlos Gonzalez in that trade, and Gonzalez is still a member of the team. During his time in Colorado, Holliday was a three-time All-Star. The veteran outfielder had his most recent success with the St. Louis Cardinals. He played the 2017 season with the New York Yankees before going unsigned in the offseason.

Holliday, 38, has a career batting average of .299. He has hit 314 career home runs while driving in 1,217 runs during his career. He is a seven-time All-Star and won the 2011 World Series while a member of the St. Louis Cardinals.

Colorado earned the victory over the San Diego Padres on Thursday on a walk-off home run by Ian Desmond. The Rockies trailed by one run, and were down to their last strike before Desmond sent the fans into a frenzy. His two-run homer lifted the Rockies into a tie with the Milwaukee Brewers for the second Wild Card spot in the National League.

The Colorado Rockies will begin a three-game series with the St. Louis Cardinals on Friday night at Coors Field.

Join us on Telegram to get even more free tips!
« Chapman Hurt, Stanton Cheered For Yankees
Yankees Can’t Get Healthy »
SportingPedia covers the latest news and predictions in the sports industry. Here you can also find extensive guides for betting on Soccer, NFL, NBA, NHL, Tennis, Horses as well as reviews of the most trusted betting sites.
MLB Betting Tips, Predictions and Odds 241