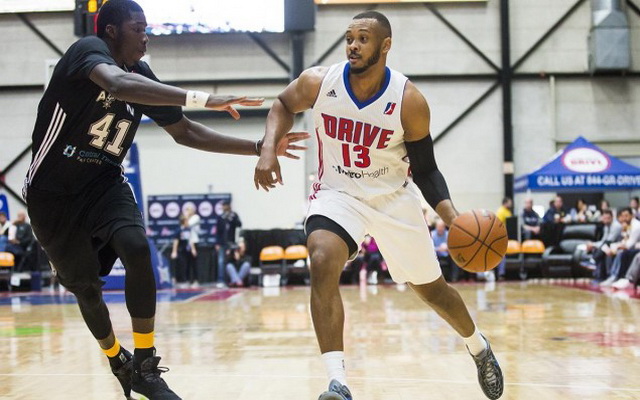 As the NBA’s G-League continues to expand, more and more teams are being added. The latest team to join is the Capital City Go-Go, the affiliate for the Washington Wizards beginning next season. They’ve got a few veteran NBA players on their roster, worth discussing. Read below as we highlight some of these guys.

It starts at the top for the Go-Go, as their general manager is former NBA big man, Pops Mensah-Bonsu. Not only did he have a lengthy NBA career, but he also played for the Nigerian national team as well. Pops spent parts of five years in the NBA, from 2006-2011, playing for the Mavs, Spurs, Raptors, Hornets, and Rockets. What says the most about him, is that he had a chance with the Spurs, that Coach Pop saw a few games where he was worth putting in.

Still just 34 years of age, Pops is already taking the next step in his career. It’s good for the team to have a GM who was bouncing around the NBA frequently and never set in a role because he won’t ever get too comfortable if the team goes on a skid. He’ll constantly be on the phone trying to improve the roster.

First, we have Alonzo Gee, who spent parts of eight seasons in the NBA. After some unsuccessful stints with the Spurs and Wizards, he landed on the Cavs in 2010-2011. Playing in 40 games, he started in 29 and saw some major minutes. They hadn’t been playing well in LeBron’s first year after leaving and were trying out younger players. Gee fit the mold that year, and he had a few more good seasons in Cleveland.

During the lockout-shortened year, he played in 63 of 66 games, starting 31, averaging 10.6 points, 5.1 rebounds, 1.8 assists, and 1.3 steals per game. He would start all 82 of the team’s games in the following year, proving that he was more than just a lethal dunker. He had athleticism, ability to defend the perimeter well, and he could knock the three ball. After one more year in Cleveland, he would bounce around from Denver to Portland, to New Orleans, and back to Denver. He sat out from NBA play last year.

They’ve also got big man, Lavoy Allen. He had an impressive career at Temple University before being a second-round pick of the 76ers. He spent 2.5 years in Philly, and 3.5 years in Indiana. He never averaged better than 5.8 points or 5.4 rebounds per game, but he was a steady presence in the paint offensively, and a solid defender. There’s a reason he started 28 games for the Pacers in 2015-16. They believed in him. He will be a good presence for this new team, and watch out for double-doubles on the nightly.

Other players with NBA experience on the Go-Go: Luke Harangody, Vince Hunter (4 games last year), and Chasson Randle. They will be fun to watch, and this could be an NBA return opportunity for Randle, Gee, and Allen.

Join us on Telegram to get even more free tips!
« Manu Ginobili Set to Make 2018
Michael Kidd »
SportingPedia covers the latest news and predictions in the sports industry. Here you can also find extensive guides for betting on Soccer, NFL, NBA, NHL, Tennis, Horses as well as reviews of the most trusted betting sites.
NBA Betting Tips, Predictions and Odds 1379