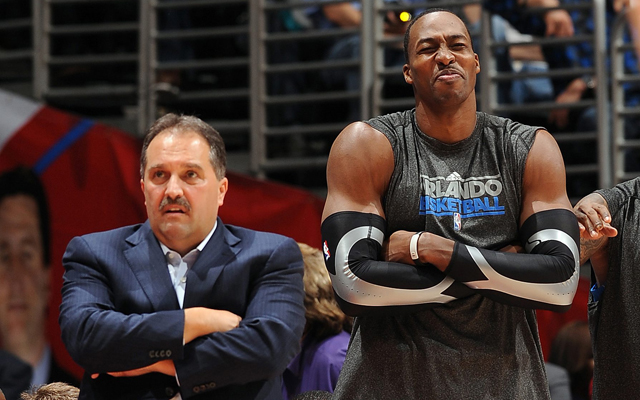 A move that has not been spoken enough of recently was Dwight Howard’s signing with the Wizards. Washington goes from an extremely inefficient Marcin Gortat to a nightly double-double and 2+ blocks per game in Howard. Though he is now (shockingly) on his fourth team in four years, Howard is ready to contribute and help bring the Wizards above the eighth spot in the East.

It has been said through sources that many of Dwight Howard’s teammates over the past two years didn’t get along with him and that he was a locker room “cancer”. None of this has been public however and wherever Howard goes, he still stuffs the stat sheet and is effective. Howard posted his highest points and blocks per game averages since the 2013-14 season last year, with 16.6 points and 1.6 blocks per game. He averaged 12.5 rebounds per game as well, and his 57.4% FT percentage was his highest since 2010-2011 (!!!)

He couldn’t help the Hornets to the postseason last year, but that is more on the lack of playmakers on the wing than anything to do with Howard. His Hawks lost to the Wizards in a six-game series in the first round of the 2017 NBA Playoffs. He would be traded to Charlotte for Marco Belinelli and a draft pick. It was good to see Howard more aggressive last year, where his 11.2 shot attempts per game are his highest total since the 2013-14 season.

Howard’s situation in DC is a bit different from his previous ones. He’s playing with a point guard who at times can turn into a shooter and a shooting guard who loves to the long ball. He hasn’t played with a team that had two ball-dominant backcourt players in the past. Washington also didn’t have many post-up opportunities with Gortat and Mahinmi down low, so this will be a good chance to slow the game down and add a new dynamic. All it means for Howard with both Wall and Beal playing a lot of minutes with him is a lot of trips sprinting down the floor just to watch a quick three-point heave.

Make no mistake about it though, this is a winning situation for Howard. We thought we may finally get to see him as a Brooklyn Net, but after being told he’d come off the bench behind Jarrett Allen, he requested to be released. Now, he comes to a team as the best big man they have had in a long time. He is the most hyped center they’ve added (debatably) JaVale McGee. They’ve gone through Gortat, Emeka Okafor, and Nene in the past nine years. This is better. He is probably the most dominant center the Wizards have had since they had Pervis Ellison, a double-double machine in the 90’s.

This team is a force to be reckoned with, and Howard is a huge part of that. A team with a dynamic back-court has finally added a dominant big man to the picture.

Join us on Telegram to get even more free tips!
« Michael Kidd
Jimmy Butler Possibly Next NBA Star on the Move »
SportingPedia covers the latest news and predictions in the sports industry. Here you can also find extensive guides for betting on Soccer, NFL, NBA, NHL, Tennis, Horses as well as reviews of the most trusted betting sites.
NBA Betting Tips, Predictions and Odds 1376