Michael Kidd-Gilchrist Looks to be Odd Man Out 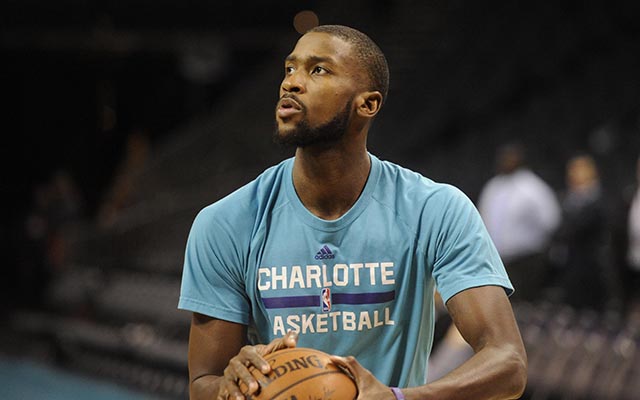 Since being selected second overall by the Charlotte Bobcats in the 2012 NBA Draft, Michael Kidd-Gilchrist hasn’t done anything that has merited big playing time or extra attention. He’s known for his defense, but has not gotten voted to an All-Defense team in his career. He has no jump shot, and was on the wrong end of LeBron’s career night. Now, he stands to lose some minutes this year. Read below for more on MKG.

Yet, in his six seasons in the NBA, Kidd–Gilchrist, who has never averaged more than 12.7 points, or 6.7 rebounds per game, who has made seven threes in his career, has come off the bench just four times in his 357 games. He has continued to find himself in the starting lineup and playing 27 minutes per night. When Charlotte has been in the postseason, he hasn’t fared any better.

A large reason for him to finally be in line to lose minutes this year is the lineup James Borrego plans to implement. Nicolas Batum, a natural small-forward will slide over to that position this year so that Malik Monk can get an opportunity to play shooting guard. One former Wildcat will be entering the lineup in place of another one. Batum had a good career in Portland but really hasn’t been too efficient in his time in Charlotte. Perhaps, seeing him play the three will allow him to look more comfortable.

His jump shot has never looked pretty or been efficient. He had one single game in 2015-16 where he made multiple threes, but that is the only time in his career that has happened. A non-big man who has no jump shot hardly has a place in today’s game. It’s very tough to argue that there can be minutes made for a natural small forward who doesn’t have a jumper. This is something that has held the Hornets back over the past few years.

This is a big opening for Monk, who saw himself playing a lot down the stretch last year. He has the ability to create his own shot, along with Batum and Walker. The team will be much better with MKG not on the floor for as long, and not hindering the starting lineup. Though they traded Dwight Howard after just one season, the Hornets still have playoff potential. They just had to figure out the kinks in their lineup.

See you with the second unit, MKG.

Join us on Telegram to get even more free tips!
« NBA's G
Dwight Howard Looks to Remain Secret Weapon in Washington »
SportingPedia covers the latest news and predictions in the sports industry. Here you can also find extensive guides for betting on Soccer, NFL, NBA, NHL, Tennis, Horses as well as reviews of the most trusted betting sites.
NBA Betting Tips, Predictions and Odds 1346