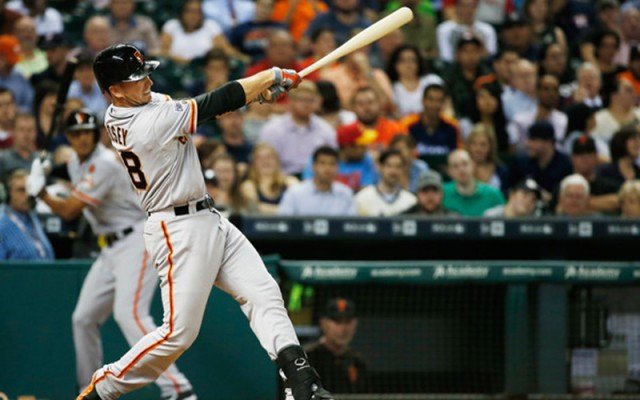 San Francisco Giants catcher Buster Posey announced that he will miss the rest of the 2018 season after undergoing hip surgery. Posey made the announcement on Friday afternoon, and the surgery is scheduled for Monday morning. Posey is expected to miss six to eight months as he recovers after the surgery. The surgery is expected to help Posey regain his full range of hitting skills.

With a six to eight month timeline to return, Posey could potentially miss the start of the Giants 2019 spring training. The procedure is scheduled to take place in Vail, Colorado. Dr. Mark J. Philippon, a renowned hip surgeon, is the one who will be performing the surgery. The surgery will remove a bone spur in his right hip that is the result of normal wear and tear to a Big League catcher. He will also undergo labral repair as a part of the procedure.

Posey decided to opt for the surgery after the Giants fell out of playoff contention. He was planning on finishing out the 2018 season if the playoffs were a realistic possibility. San Francisco enters Sunday with a 64-67 record, and are eight games out of a Wild Card spot in the National League.

The Giants are scheduled to open 2019 against the San Diego Padres on March 28, approximately seven months from now. Posey could be ready for the beginning of spring training if he doesn’t encounter complications with the surgery. The All-Star catcher has a history of bouncing back quickly.

Posey suffered multiple left leg injuries in a home plate collision towards the end of the 2011 season that required surgery. Posey bounced back quickly and won the 2012 National League Most Valuable Player Award as well as earned his first All-Star selection.

The six-time All-Star has had a down year at the plate in 2018. He is hitting just .284 with a .359 on-base percentage so far this year. His power numbers are also significantly lower than his career averages. Posey has hit just five home runs and driven in 41 runs on the season. He is a career .306 hitter, who has shown above-average power during his Major League career. Posey has not homered in 173 at-bats dating back to June 19, which is his third longest homerless streak in his career.

The hip injury has also played a role in hurting Posey on defense. He has thrown out just 17-59 would be base stealers this season, which is the worst percentage of his career. Posey won the 2016 Gold Glove Award as the top defensive catcher in the National League.

Giants backup catcher, Nick Hundley, will receive most of the playing time behind the plate in Posey’s absence. Aramis Garcia was also called up from Triple-A Sacramento to take Posey’s spot on the roster and will get some time at catcher. Garcia is the number 15th ranked prospect according to MLB Pipeline. Garcia played just 10 games at Triple-A after spending the first 80 games of the season with Double-A Richmond.

Join us on Telegram to get even more free tips!
« Cubs’ Bryant Nearing Rehab Assignment
AL West Injuries Could Alter Race »
SportingPedia covers the latest news and predictions in the sports industry. Here you can also find extensive guides for betting on Soccer, NFL, NBA, NHL, Tennis, Horses as well as reviews of the most trusted betting sites.
MLB Betting Tips, Predictions and Odds 241