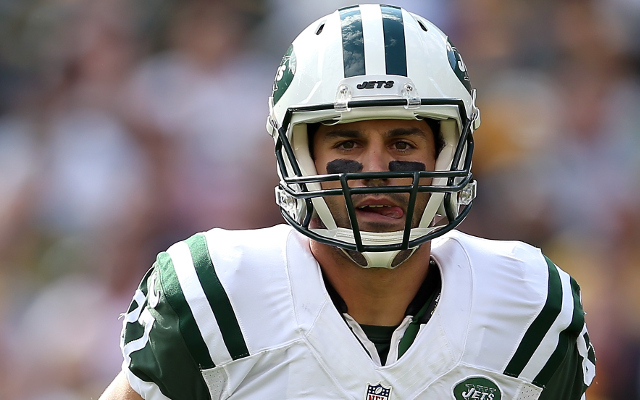 Take a look at some of the latest roster shuffling going on within the NFL:

1. Decker Retires: Despite signing a contract with the New England Patriots under a month ago, wide receiver Eric Decker announced his retirement on Sunday. Decker was thought to be on the roster bubble, despite New England having a pedestrian receiving corps at this point. Decker ends his career with 439 catches, 5,816 yards, and 53 touchdowns over eight seasons with the Tennessee Titans, New York Jets, and Denver Broncos.

2. Adam Jones signs: The Denver Broncos have agreed to terms with Adam “Pac Man” Jones, according to NFL.com. Jones will sign for the league minimum for a player with his service time. This move reunites Jones with Broncos’ head coach Vance Joseph, who was Jones’ defensive backs coach in Cincinnati. Jones will compete with Bradley Roby, Tramaine Brock, and Chris Harris for playing time.

3. Packers trade for Morrison: The Green Bay Packers have already lost starter Jake Ryan for the duration of the season and that injury was compounded when rookie Oren Burks also went down with an injury. Burks is expected to miss time as well. On Sunday, the Packers traded for linebacker Antonio Morrison from the Indianapolis Colts in exchange for cornerback Lenzy Pipkins. Morrison started 15 games for the Colts in 2017, racking up 108 tackles in the center of the Colts defensive unit. However, Morrison was on the roster bubble this year because of his lack of playmaking ability, so the Colts shipped him off to Green Bay while they could still get something in return.

4. Vikings Make a Trade: The Minnesota Vikings have traded for center Brett Jones from the New York Giants in exchange for a 7th round pick in the 2019 draft. Jones was expendable for the Giants as he was losing a training camp battle with Jon Halapio. Jones graded out as the 18th best center in the league last season, making him right about average. However, the average is king for the Vikings right now as current starting center Pat Elflein has been on the PUP list since the beginning of training camp. The Vikings offensive line is seen by many as the weak spot for a team looking to build on the success of 2017.

5. Titans Activate Matthews: The Tennessee Titans have activated wide receiver Rishard Matthews from the PUP list. Matthews and the Titans agreed to an odd extension last week, making it more than likely Matthews will be a Titan through 2019. Matthews underwent an operation on his knee earlier this month but has always been expected to return for the regular season. His work with the other first stringers over the remainder of camp will determine how much of a factor he is when the Titans take the field on opening day.

6. Webster signs with Texans: Kayvon Webster has agreed to a deal with the Houston Texans, according to ESPN. Webster will play for the Texans on a one-year deal worth around $2M Webster graded out well as the 31st best cornerback in the league last year, before tearing his Achilles tendon in the 11th game of the season for the Los Angeles Rams. This is tremendous value for Houston if Webster can prove to be fully healthy after that torn Achilles.

Join us on Telegram to get even more free tips!
« Friday NFL Preseason News and Notes
Latest on Aaron Donald, Khalil Mack »
SportingPedia covers the latest news and predictions in the sports industry. Here you can also find extensive guides for betting on Soccer, NFL, NBA, NHL, Tennis, Horses as well as reviews of the most trusted betting sites.
NFL Betting Tips, Predictions and Odds 332