OJ Mayo Looking to Possibly Extend his Career in NBA 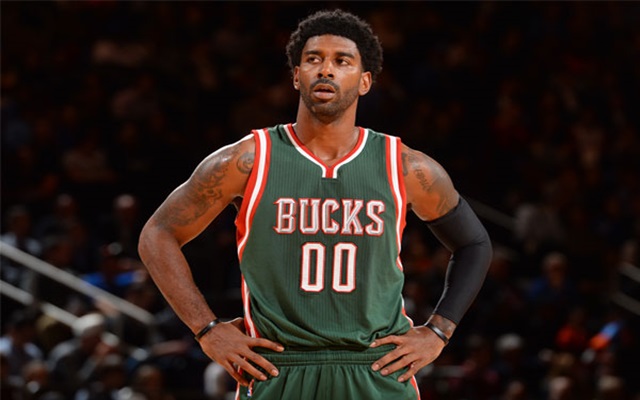 O’vinton J’Anthony Mayo. Most people know him as OJ. The third overall pick in the 2008 draft out of USC, there were high expectations for him when he got to Memphis. During his rookie year, he did not disappoint, averaging 18.5 points per game, to go with four rebounds and three assists. He averaged 17 as a sophomore. He would be suspended ten games for violating the NBA drug policy in 2010-2011, and would not start another game for the Grizzlies.

He had a nice little renaissance year in Dallas, starting all 82 games and averaging 15 points per game, but he signed with the Bucks in the offseason. He had three disastrous years in Milwaukee, remembered mostly for his inability to keep his weight down. He was banned from the league for two years following the 2015-16 season for taking an illegal drug substance. Now that the suspension is up, he is eligible to sign with any team. No teams have come calling yet. But read below about why I believe he should be signed.

As mentioned above, there was a time when OJ was a legitimate scorer and a productive shooting guard. He has made 854 threes in 547 games and is a career 37% shooter from the three-point line. It’s a place where he has been effective in his career. He averaged better than a steal per game in six of eight seasons, using his quick hands to his advantage. Mayo didn’t have an opportunity to be a featured player at all after his year in Dallas, starting just 62 of 164 games he played in with the Bucks and suffering numerous injuries.

In today’s game, many teams like to have guards that have the simple role of jacking up threes throughout the game. Mayo is a perfect fit in today’s league, because he likes to create his own shot, and can get free rather easily. He has impressive handles and is a guy that can improve many rosters.

The main reason teams are likely shying away right now, would be the fact that he has been out of the league for two years, suspended. He played with a team in Puerto Rico in June, where he averaged 13 points, four rebounds, and three and a half assists per game. A quote from Mayo, on how his tenure with the Bucks ended: “I’ll be 30 next summer. If they just give me the chance, I can make it up to them. I owe them.” This is an exact quote he gave to Sports Illustrated’s Ben Golliver last summer.

Whether it is Milwaukee or one of the 29 other teams, Mayo deserves another shot. He has paid his dues, served his suspension, and worked his tail off over the last two summers to get back into top shape. I know I’m not the only one who hopes to see Mayo jerseys in the stands at NBA games next year. Good luck, OJ.

Join us on Telegram to get even more free tips!
« Amare Stoudemire Seeking Return to the NBA after Big 3 Stint
Faried Seeking Huge Bounce Back Season in 2018 »
SportingPedia covers the latest news and predictions in the sports industry. Here you can also find extensive guides for betting on Soccer, NFL, NBA, NHL, Tennis, Horses as well as reviews of the most trusted betting sites.
NBA Betting Tips, Predictions and Odds 1379