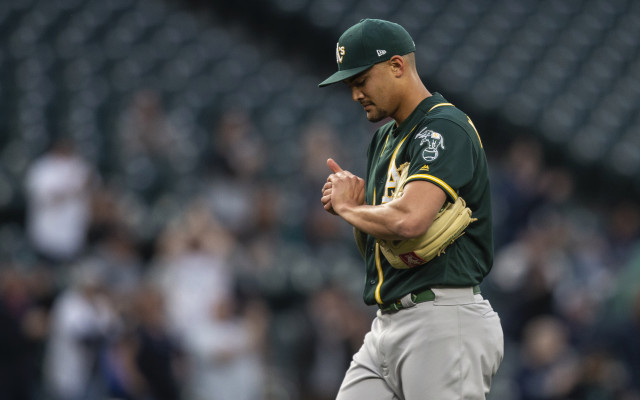 A pair of injuries to starting pitchers could play a huge role in deciding who wins the wild American League West Division. Both the Houston Astros and Oakland Athletics will be without a key starter for an extended period of time as the Major League Baseball season enters the final five weeks. Lance McCullers Jr. of the Houston Astros and Sean Manaea are both currently on the disabled list with arm injuries.

Lance McCullers Jr. has been on the disabled list since August 5th with a right forearm strain. He was forced to leave a start against the Los Angeles Dodgers the previous day and was diagnosed the next day. Houston Astros manager AJ Hinch told the media that he doesn’t think McCullers will rejoin the starting rotation when he is activated off of the disabled list.

The Astros are targeting a mid-September return for McCullers, but he has yet to resume throwing. Hinch announced that they hope to have McCullers throwing off of a mound as September begins. The manager fears that McCullers will lack the pitching stamina needed to pitch as a starter upon return.

McCullers was a first-round draft pick of the Houston Astros in 2012 and was having a terrific season before being injured. He was 10-6 with a 3.93 earned run average through 22 starts before landing on the disabled list. It is unclear how Houston will structure their starting rotation in September and October, but McCullers gives Hinch another weapon out of the bullpen.

Meanwhile, Oakland Athletics starter Sean Manaea was recently placed on the 10-day disabled. The A’s placed the lefty on the disabled list prior to their game on Sunday afternoon against the Minnesota Twins. The team announced that Manaea had a left shoulder impingement that is forcing him to miss some time.

The Indiana State product is having a breakout season for the Oakland Athletics. Manaea threw a no-hitter against the mighty Boston Red Sox in April to kick-start his 2018 campaign. On the season he is 12-9 with a 3.59 earned run average through 27 starts. The injury comes at a tough time for an Oakland team trying to catch the Astros atop the American League West standings.

Manaea has made the second most starts in the American League this season. He ranks sixth in the AL in fewest walks per nine innings with 1.79. He has recorded 108 strikeouts in 160 ⅔ innings pitched. Manaea is headed to the disabled list for the first time this season, and the A’s are hoping that his DL stint won’t be long.

The Athletics recalled Emilio Pagan from Triple-A Nashville to take Manaea’s place on the roster and in the rotation. Pagan has pitched well for the A’s this season, posting a 3.71 earned run average through 53 ⅓ innings pitched.

Join us on Telegram to get even more free tips!
« Buster Posey Scheduled To Undergo Hip Surgery
Bautista Claimed By Phillies, McCutchen Staying Put »
SportingPedia covers the latest news and predictions in the sports industry. Here you can also find extensive guides for betting on Soccer, NFL, NBA, NHL, Tennis, Horses as well as reviews of the most trusted betting sites.
MLB Betting Tips, Predictions and Odds 241