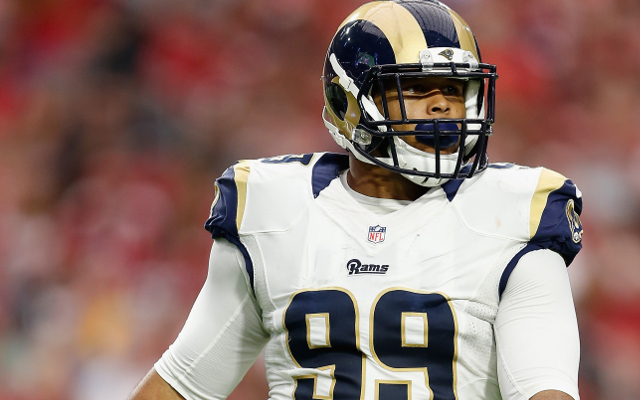 As the final week of the preseason approaches, it appears that the Los Angeles Rams and the Oakland Raiders will be without their best defensive players. In fact, these two teams may be without the two best defensive players in the league. Defensive tackle Aaron Donald is currently in contract negotiations with the Rams with some hope that Donald will play this year, but Khalil Mack and the Raiders appear to not be speaking with each other. Therefore, the Raiders are planning for life without Mack, while Rams fans have an outside chance of seeing Donald on the field this year.

Rumors have abounded the past week or two that the Rams and Donald were nearing an extension. The rumored extension, according to Pro Football Talk, would make Donald the highest paid defender in league history. The “ballpark” figures for Donald’s extension are rumored to be in the $22M/year range with over $80M of it guaranteed overall. This would eclipse the deal that Von Miller signed with the Denver Broncos which made him the highest paid defender in league history.

There have not been any updates since the rumors were leaked about a week ago about the closeness of a deal getting done, but that does not necessarily mean anything. It appears the two sides are quibbling over further guarantees in the contract. However, when there is that much money involved and already guaranteed, it does not appear that a few million, give or take, will derail the whole deal. Donald may just be on pace to join the team like he did last year: on the eve of opening night. Clearly, the lack of training camp and working with his teammates did not change his performance on Sundays.

Unlike Donald, Khalil Mack and the Raiders appear to have no common ground. As of early August, the Raiders had not even made an offer to Mack and Mack reported that he has yet to talk to new head coach Jon Gruden. The 2016 NFL Defensive Player of the Year does not appear to be close to suiting up for Oakland anytime soon. In fact, the only rumors coming out of the Bay Area involve the likelihood that Mack may be traded. Although these are just rumors at this point, the New York Jets have been definitively linked to Mack, but details of any potential deal are unknown.

Trading one of the best players in the league is not commonplace in the NFL. Mack would surely require a first round pick and other picks to be sent packing. Pro Football Talk has reported that Oakland will not even give a solid asking price for Mack but instead is inviting teams to make their best offer. Since the Jets have been linked to Mack, it makes sense to envision a scenario where that happens. Quarterback Derek Carr has been injured in the past and Connor Cook was a nightmare in this week’s preseason game. You would have to wonder if the Jets first round pick, a fourth round pick, and Teddy Bridgewater would make sense for both sides. This is all speculation at this point. The only thing that is solid fact is that Khalil Mack will not be playing for the Raiders this year until he has a contract in-hand.

Join us on Telegram to get even more free tips!
« NFL Preseason Week 3 Results in More Roster Shuffling
Beckham Signs Historic Deal »
SportingPedia covers the latest news and predictions in the sports industry. Here you can also find extensive guides for betting on Soccer, NFL, NBA, NHL, Tennis, Horses as well as reviews of the most trusted betting sites.
NFL Betting Tips, Predictions and Odds 332