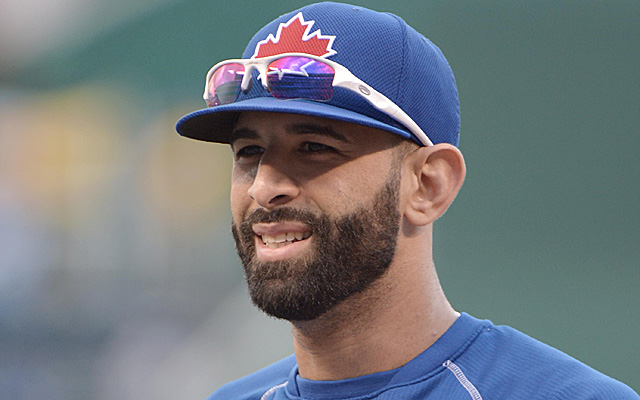 The Philadelphia Phillies have claimed veteran utility man Jose Bautista off revocable waivers according to a source. The New York Mets are working on a deal with the Phillies to send Bautista to Philadelphia. The two National League East rivals have until Tuesday to complete a deal before Bautista will remain with the Mets.

The 37-year old Bautista is scheduled to become a free agent in the offseason and is not expected to resign with the Mets. The Mets have plenty of motivation to try to get a deal done with the Phillies. The Mets signed Bautista to a minimum contract in May after he was released by the Atlanta Braves. Bautista has played in 82 games with the Mets, hitting .207 with nine homers and a .724 OPS for the New York squad.

The Phillies would be looking to add Bautista as a veteran right-handed batter off the bench. If Bautista was traded to the Phillies, that would be the third team in the National League East he played for this season. He would join Kelly Johnson (2014) and Bob Reynolds (1975) as the only players in Major League Baseball history to play for three teams in the same division in one season.

Bautista broke into the Major Leagues with the Pittsburgh Pirates but became a household name with the Toronto Blue Jays. Bautista played ten seasons with the Blue Jays and is second all-time in franchise home runs with 288. Overall the slugger has his 342 career home runs over his 15-year career. The 37-year old is hitting just .163 through 23 games this month with the Mets.

Although Bautista had been claimed off waivers by the Philadelphia Phillies, he remained in the Mets lineup on Monday night. Mets manager Mickey Callaway stated that playing Bautista against Cubs starter Jon Lester gave the team the best chance to win. The Mets lost to the Chicago Cubs by a score of 7-4.

San Francisco Giants outfielder Andrew McCutchen appears to be staying with the team after trade rumors circulated around him earlier last week. McCutchen cleared revocable trade waivers making him eligible to be dealt to any team. The Giants were wanting to get rid of McCutchen’s salary, but it appears that a trade is now unlikely.

McCutchen is on pace to have the worst offensive season of his career. The career .290 hitter is hitting just .254 on the season with the Giants. His power numbers are way down also, and will likely finish near the numbers he posted when he was a rookie. Teams have until September 1 to acquire a player through trade who would then be eligible to appear in the postseason.

Join us on Telegram to get even more free tips!
« AL West Injuries Could Alter Race
Cardinals Name Mike Schildt Manager »
SportingPedia covers the latest news and predictions in the sports industry. Here you can also find extensive guides for betting on Soccer, NFL, NBA, NHL, Tennis, Horses as well as reviews of the most trusted betting sites.
MLB Betting Tips, Predictions and Odds 241