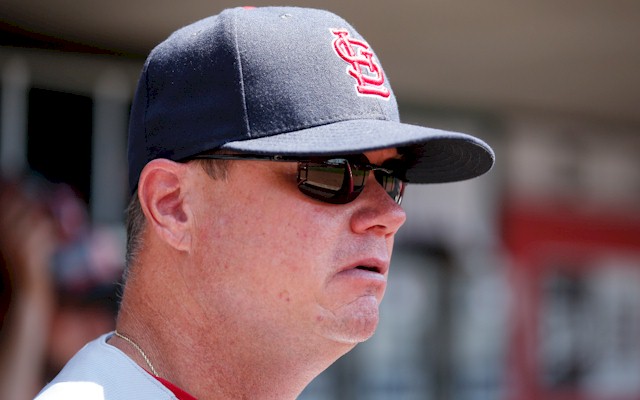 The St. Louis Cardinals and Schildt have agreed to a contract that will keep him as manager through the 2020 season. Schildt became the 50th manager in Cardinals history when he took over for Matheny in July. The Cardinals were just 47-46 when Matheny was fired a day before the 2018 All-Star Break began. St. Louis looked to be in jeopardy of missing the playoffs for the third straight season for the first time since the late 90’s.

The Cardinals didn’t get off to a great start under Schildt but have been one of the best teams in baseball since mid- July. St. Louis is 26-12 since July 15, and are a Major League Baseball best 19-5 in the month of August. The hot streak has vaulted the Cardinals to the top spot in the National League Wild Card race, and just 4.5 games behind the Chicago Cubs in the National League Central.

Schildt, 50, is a rarity in today’s game as he never played professional baseball. He joined the Cardinals before the start of the 2004 season and has spent much of his career in as a coach in the Minor Leagues. He was promoted to a part of the Major League coaching staff before the 2017 season. He has earned a ton of respect around other managers and players throughout Major League Baseball.

Matheny was fired after failing to lead the St. Louis Cardinals to the postseason in the previous two seasons, and a slow start in 2018. He led the team to the playoffs in each of his first four seasons as Cardinals manager. He replaced Hall of Fame manager Tony LaRussa, who won the 2011 World Series as the manager of St. Louis.

General Manager Mike Girsch said that, “There’s a different energy around the clubhouse,” in reference to Schildt’s brief tenure. Schildt has readjusted the batting order placing veterans Matt Carpenter and Yadier Molina as the top two hitters. Carpenter has responded by putting up monster numbers in the second half of the season to catapult the Cardinals back into the playoff race.

Several Cardinals players have expressed their appreciation for the way that Schildt manages. His managerial style favors letting the players be themselves as opposed to Matheny’s strict and old school ways. Schildt was 471-432 in his eight seasons as a manager in the Cardinals Minor League system. He led Johnson City to back to back league championships in the Appalachian League in 2010 and 2011. Schildt then went on to lead Springfield to the Double-A Texas League title in 2012.

The St. Louis Cardinals have a slim .5 game lead over the Milwaukee Brewers entering play on Tuesday. The Cardinals host the Pittsburgh Pirates for a three-game series beginning on Tuesday night.

Join us on Telegram to get even more free tips!
« Bautista Claimed By Phillies, McCutchen Staying Put
David Wright Promoted To Triple »
SportingPedia covers the latest news and predictions in the sports industry. Here you can also find extensive guides for betting on Soccer, NFL, NBA, NHL, Tennis, Horses as well as reviews of the most trusted betting sites.
MLB Betting Tips, Predictions and Odds 241