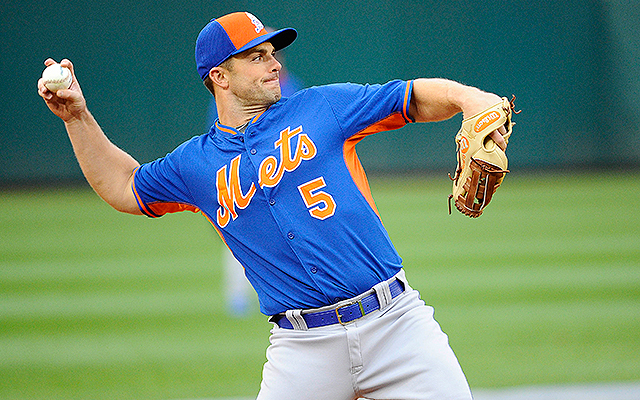 The New York Mets announced that they have promoted former All-Star David Wright to Triple-A Las Vegas. Wright is continuing his long rehab journey as he tries to return to the Major Leagues from back and shoulder injuries. The Mets also pointed out that it is unlikely that Wright will return to the big league ballclub anytime soon.

Wright, 35, is trying to get back to the Major Leagues after a long absence. He has not appeared in a game with the Mets since May 2016. He has been playing with Class A St. Lucie and has struggled at the plate. He hit just .188 (6 for 32) with no home runs and two runs batted in during his 10 game stint with St. Lucie.

The Mets were trying to build up Wright’s stamina, but he was unable to play for a third straight game due to some discomfort. The Mets reported that Wright’s rehab isn’t going as well as expected or anticipated, but they are sending him to Triple-A Las Vegas to continue their original plan. Wright went 1-4 with two strikeouts in his first game with Las Vegas on Tuesday night.

It is unclear what lies ahead for the Mets captain at the end of this week. His 20-day rehab assignment is scheduled to end this weekend, and most Minor League seasons wrap up as well. The Mets are not expected to place Wright on their active roster when rosters expand on September 1. He could continue his rehab in Florida or head back to New York to rehab with the Mets medical staff.

Wright has made it clear that he wants to do whatever he can do to make a return to the Major Leagues. The seven-time All-Star is under contract through the 2020 season with the Mets. The third baseman is making 20 million dollars this season and is owed $27 million over the next two seasons.

Wright is a 13-year veteran and has hit .296 during his career. He has hit 242 career home runs to go along with 970 runs batted in. He was drafted by the Mets in the first round of the 2001 Major League Baseball draft. He won both the Gold Glove and Silver Slugger Award in 2007 and 2008.

Mets assistant general manager John Ricco also gave an update on slugging prospect Peter Alonso. Ricco announced that Alonso will not be called up to the Major Leagues when the rosters expand on September 1.

Alonso has belted 33 home runs to go along with a Minor-League leading 111 runs batted in at Double-A Binghamton and Triple-A Las Vegas this year. The first base prospect belted a home run in the 2018 Futures Game in July. He is the future first baseman of the New York Mets, but the Mets’ fans will have to wait until at least next year to get a glimpse of him.

The New York Mets entered Wednesday with a 58-74 record and were in fourth place in the National League East.

Join us on Telegram to get even more free tips!
« Cardinals Name Mike Schildt Manager
Yelich Completes Cycle, Goes 6 »
SportingPedia covers the latest news and predictions in the sports industry. Here you can also find extensive guides for betting on Soccer, NFL, NBA, NHL, Tennis, Horses as well as reviews of the most trusted betting sites.
MLB Betting Tips, Predictions and Odds 241