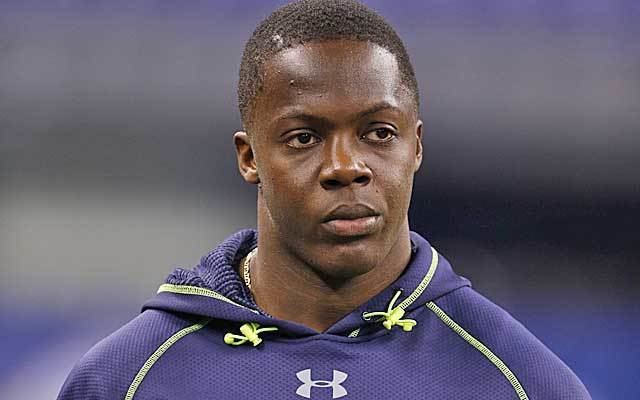 New Orleans will now have a very competent backup to Drew Brees for the first time in a while. If Brees were to go down with an injury, now the Saints playoff aspirations would not be destroyed along with the injury (See Packers, Brett Hundley 2017).

Prior to the trade, the right to backup Brees in New Orleans was being fought out by former Texans starter Tom Savage and former BYU star, Taysom Hill. Bridgewater immediately becomes an upgrade over both of these guys and will most likely show Savage the unemployment line as the Saints may choose to keep around the younger and more dynamic Hill over the known commodity.

In thirty games with the Minnesota Vikings, Teddy completed 65% of his passes with 28 touchdowns against 22 interceptions. He was also very talented with his feet, rushing for 400 yards and 4 touchdowns. Two years ago tomorrow, Bridgewater suffered a devastating non-contact knee injury in practice, where he tore his ACL and dislocated his knee joint.

Before the injury, Bridgewater had a Total Quarterback Rating of 55.5, which, in 2017, would have placed him ahead of Kirk Cousins, Cam Newton, Eli Manning, Joe Flacco, and Andy Dalton in 2017. The point here is that Bridgewater has never been bad in the NFL, in fact, he was just beginning to blossom when hurt. He has a good pedigree as well, being a record-setter at the University of Louisville before being drafted in the first round by the Vikings.

For the Saints overall, they now have an above-average backup. Depending on how Drew Brees holds up, they may also have just gotten his future replacement as Bridgewater is still just 25 years old. However, it is awfully risky for the Saints to be parting with more draft picks after they already gave up their 2019 first round pick to acquire pass rusher Marcus Davenport in the 2018 draft. This additional move will leave them with only a second-round pick in the first three rounds.

In New York, this trade has to be seen as a complete affirmation of rookie Sam Darnold. If there were questions about his ability to be the starter, the Jets would not have parted with Bridgewater. Darnold is now set to open the season as the unquestioned starter while veteran Josh McCown will back him up. McCown did not have near the trade value as Bridgewater, due to his contract, age, and also the Jets’ desire to use him as a mentor to the young Darnold. Darnold will be under fire from the very start as the Jets are slated to play three of their first four games on the road.

Join us on Telegram to get even more free tips!
« Beckham Signs Historic Deal
Aaron Rodgers Signs Record Breaking Extension »
SportingPedia covers the latest news and predictions in the sports industry. Here you can also find extensive guides for betting on Soccer, NFL, NBA, NHL, Tennis, Horses as well as reviews of the most trusted betting sites.
NFL Betting Tips, Predictions and Odds 332