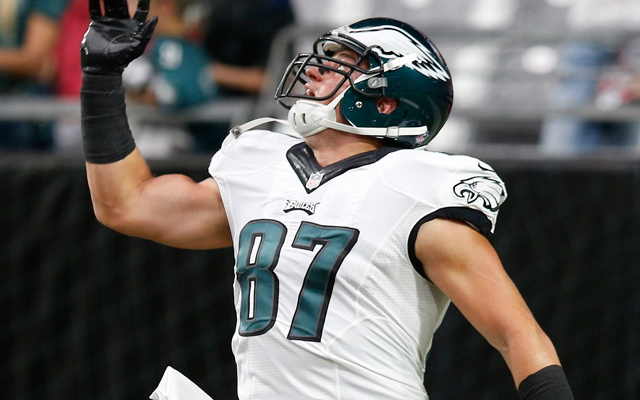 It appears that the long career of former Philadelphia Eagles tight end Brent Celek is coming to an end. Celek informed the Eagles he is retiring and will release a farewell statement on the team’s website Friday morning. The tight end attracted interest from other teams but decided against playing another snap in the NFL. Celek was released in March after spending 11 seasons with the club.

Celek’s career highlight however, will forever be the Super Bowl victory he earned with the Eagles in the 2017 season. After playing his college ball at the University of Cincinnati, Celek was drafted in the 5thround, pick 162 of the 2007 NFL draft.

After Celek wasn’t even invited to the 2007 NFL Scouting Combine, Celek was still selected by the Eagles in the 2017 NFL draft and earned his way to signing a 4-year contract with the squad on May 30, 2007. In the 2008 NFL season franchise records were broken when he reeled in 131 receiving yards in week 9.

Celek also set the franchise record for receptions in a playoff game when he gathered 10 catches in the 2009 NFC Championship game. His 19 catches during the Eagles 2008-09 NFL playoffs sit at third most in NFL history for a tight end.

After releasing Celek back in March the Philadelphia Eagles released this written statement on Twitter.

“Brent Celek defines what it means to be a Philadelphia Eagles. His dedication to his profession and this organization is unmatched and he will go down as one of the best tight ends in franchise history. Brent embodies the City of Philadelphia’s temperament and character with his toughness and grit. He has been a huge part of everything we have been building over the last decade and it is only fitting that he was able to help us win our first Super Bowl last season. Unfortunately, in this business, we are forced to make difficult decisions, especially this time of the year. This one is as tough as they come, but in our eyes, Brent will always be an Eagle.”

Celek embodies the commitment to one team that few NFL players are able to make in today’s day and age and in 2017 he was rewarded with a Super Bowl Championship with the Eagles, the team that took a chance on him when they drafted him back in 2007.