Two long-time players announce their retirement from the game 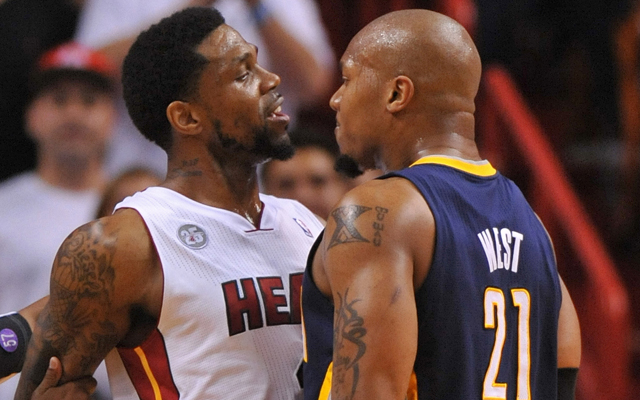 Dang! First, we lose Manu, and now David West? The hardest part of being an NBA fan is watching players you like do what they do best, retiring every offseason. Two more players have called it quits after long and impressive careers, and this article below will be a tribute to the two of them.

Manu, oh Manu. Your bald spot is something that all fans liked to poke fun at, but it was part of your trademark. The Eurostep and the bald spot are the two things that are naturally associated with Manu Ginobili. Not to mention that when you think of team-first players, he is the first guy to come to mind. He may be the only player in the history of the game, to get voted into the Hall of Fame despite starting fewer than 400 games.

Manu came off the bench over 708 times and started only 349 times. He had the talent and ability to be great as a starter but believed the team was at its best when he was not part of the first-five lineup out there. It is a testament to how much he cared about winning. He was part of Argentina’ Golden Generation of basketball, one which saw them win Olympic gold in 2004, knocking out the US team in the semifinals. 16 amazing years in the NBA and 23 years of pro ball. Manu Ginobili provided so many memories for all fans and became a favorite among many players around the NBA. Thank you, Manu.

There are less things associated with David West, but when that name surfaces, the thoughts are about a killer turnaround jumper, a tough gritty player, and a champion. Though both of his titles came as a backup for the Golden State Warriors, they still count. He was a player who did whatever he could to help his team win and even spent a year in San Antonio, a teammate of Manu. So we lost not one, but two memorable players with ties to the Spurs in the span of a few short days.

A 2X All-Star David West formed quite a duo with Chris Paul. They had some very exciting teams and ones who teams really had to gameplan extensively for. He averaged 21 points and nine rebounds per game in both 2007-08 and 2008-09, his best statistical seasons. And it’s no surprise that in the second of those years, Byron Scott was the NBA’s coach of the year, helping West to really reach some potential in that year. His stats would drop off during his four years in Indiana, but he was a valuable starter nonetheless.

He spent a year with the Spurs, before spending two in Golden State, playing as a center for the first time. He got his rings, and he brought tremendous leadership to the team.

Thank you Manu Ginobili, and thank you David West for many years of memories, and always giving your best. We’ll miss you next year.

Join us on Telegram to get even more free tips!
« NBA Fans Turn Their Attention to the Ladies Game for a Night
Suns and Rockets make a deal »
SportingPedia covers the latest news and predictions in the sports industry. Here you can also find extensive guides for betting on Soccer, NFL, NBA, NHL, Tennis, Horses as well as reviews of the most trusted betting sites.
NBA Betting Tips, Predictions and Odds 1371