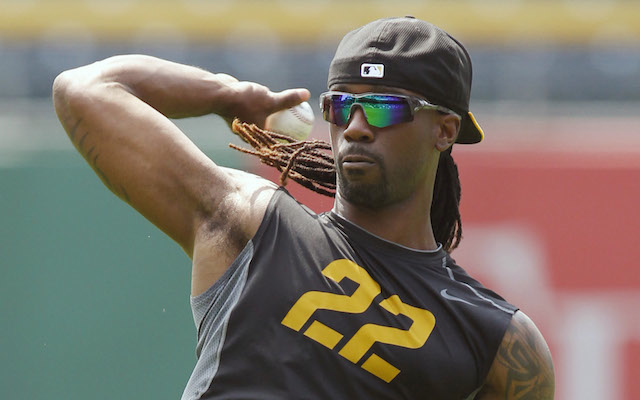 The New York Yankees made another move on Thursday night in an effort to add veteran depth as they prepare for the 2018 playoffs. The Yankees agreed to a trade with the San Francisco Giants that will send former MVP Andrew McCutchen to New York. The Giants will receive a pair of Minor-League prospects in exchange for McCutchen.

The Yankees were looking to add an outfielder with Aaron Judge remaining on the disabled list with no timetable for his return. McCutchen gives them leadership and someone who has played in the playoffs in his career. Since the Yankees acquired McCutchen before the August 31 deadline, he will be able to play in the postseason.

McCutchen, 31, was playing in his first season with the San Francisco Giants after being traded there from the Pittsburgh Pirates in the offseason. The Giants sent Kyle Crick, minor league prospect Bryan Reynolds, and cash to the Pirates in exchange for McCutchen. San Francisco has fallen out of the playoff race and looking to acquire a prospect in exchange for McCutchen.

McCutchen is in the final year of his contract, which he signed before the 2012 season. The Pirates inked the outfielder to a six-year, $51.5 million deal, and McCutchen turned into the face of their franchise. The five-time All-Star is set up for a big payday this offseason.

McCutchen has seen a decline in production in recent years, but still blasted 28 homers and had 88 runs batted in for the Pirates in 2017. He had played in at least 153 games in each of the three seasons for the Pirates. The outfielder, who was named National League Most Valuable Player in 2013, hasn’t been an All-Star since the 2015 season after being selected to five straight National League All-Star teams.

The Giants will receive infielder Abiatal Avelino and right-hander Juan De Paula from the Yankees in exchange for McCutchen. Avelino was the key piece to the trade and appears to have a bright future ahead of him. The 23-year old was recently promoted to Triple-A in the Yankees organization after performing well at Double-A. Avelino has a combined .287 batting average to go along with 15 home runs and 25 stolen bases this season.

The acquisition of Andrew McCutchen will provide an opportunity for Giancarlo Stanton to get some rest. Stanton has played in 83 straight games, with most of those coming in the outfield after the loss of Judge. McCutchen can slide into the outfield and move Stanton back into the designated hitter role. The Yankees continue to have a strong hold over the Athletics for the top Wild Card spot in the American League.

Join us on Telegram to get even more free tips!
« Yelich Completes Cycle, Goes 6
Donaldson, Gonzalez Traded Before September Arrives »
SportingPedia covers the latest news and predictions in the sports industry. Here you can also find extensive guides for betting on Soccer, NFL, NBA, NHL, Tennis, Horses as well as reviews of the most trusted betting sites.
MLB Betting Tips, Predictions and Odds 241