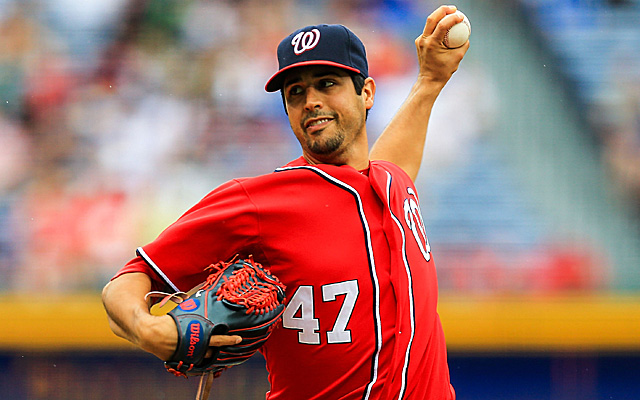 As Major League Baseball teams scramble to bolster their teams before the August 31 trade deadline, a pair of veterans were traded on Friday night. The Toronto Blue Jays will be sending third baseman Josh Donaldson to the Cleveland Indians. In the National League, the Milwaukee Brewers are acquiring left hander Gio Gonzalez from the Washington Nationals.

Donaldson, 32, has not played in the Major Leagues since May 28. He has been battling shoulder and calf issues this season and was rehabbing in the Minor Leagues when the trade was announced. He hit a homer in the first at-bat of his second game on his rehab assignment with Class-A Dunedin. He finished his brief rehab assignment going 2-5 with a walk and an RBI.

The Blue Jays had hoped to ink Donaldson to a long-term deal before the season, but he shut down talks with the team. He is set to be a free agent at the end of the season. The third baseman his 116 home runs in his four seasons with the Toronto Blue Jays, including 33 last season. He spent the first four seasons of his Major League career with the Oakland Athletics.

The Milwaukee Brewers agreed to a deal to acquire left-handed starter Gio Gonzalez from the Washington Nationals. It has not been reported what the Nationals will receive as compensation in the deal. The Brewers have been looking for starting pitching help for several months and were finally add some pitching depth.

Gonzalez has been named to the All-Star team twice in his career. He has a career record of 124-97 with a 3.71 career earned run average. The Brewers are hoping that Gonzalez can turn around his fortunes at Miller Park. He has a 6.75 career ERA at the home ballpark of the Brewers.

Join us on Telegram to get even more free tips!
« Yankees Acquire Former MVP McCutchen for Stretch Run
Sale, Price Still Out For Red Sox »
SportingPedia covers the latest news and predictions in the sports industry. Here you can also find extensive guides for betting on Soccer, NFL, NBA, NHL, Tennis, Horses as well as reviews of the most trusted betting sites.
MLB Betting Tips, Predictions and Odds 241