Latest News and Notes Around the NBA 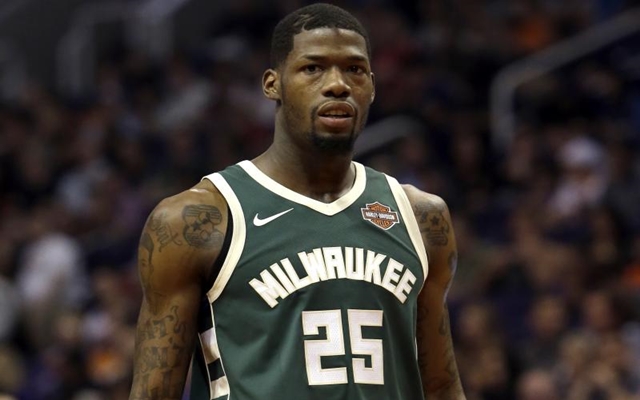 Things have settled down since the Knight-Anderson trade, but the transactions are still a plenty. Players are being waived left and right as teams begin to finish their prep for training camp, and as the season is now only a month away.

The Grizzlies released big man Dakari Johnson, who was traded multiple times this offseason. Serving mostly as a backup to Steven Adams last year, used as a fill-in starter, he will not be playing in OKC. Or Orlando. Or now even Memphis. He had a good college career and showed that he is a decent rim protector when OKC put him out there last year. He’s just unfortunate to keep being dealt to teams with no need for a big man. The Grizzlies are more than set there, so this move does not come as much of a surprise.

Johnson is a player we should expect to spend most, if not all of next season, in the G-League. He can have a big season there and rebuild his confidence. He could also be a candidate for a 10-day contract later in the season when teams have a need for a true center.

DeAndre Liggins, who made the Bucks over Gerald Green last year, and finished the year for the Pelicans, has been waived by the Pels and is now a free agent again. He has never really been able to stick on a team and is most known for his defense. It was a surprise that he even made the Bucks last year, but he did have a few decent games. His best experience was when he was serving as a starting guard for the injury-plagued 2016 Cavaliers.

Liggins should be able to get an opportunity somewhere, as his reputation for being a tough, gritty player is one that should help draw teams in. It would not be a surprise to see him sign a training camp deal at some point this week. He will be in the NBA next year, without a doubt.

And in Golden State, some interesting words from Steve Kerr. He may choose to start Damian Jones at center when the season opens. As DeMarcus Cousins rehabs, the team has options with Jones, Kevon Looney, and Jordan Bell. Bell is coming off a terrific rookie season, Looney has proved himself on the floor in the past few years, but Jones played just 25 games in his first TWO seasons. Kerr’s quote on Jones: “He’s worked hard in Santa Cruz and he’s incredible explosive and powerful. It’ll be fun to throw him out there with four all-stars and see what he can do.”

The final part of that quote should inspire a lot of confidence in Jones, who has got to be eager to prove that he does belong on the floor during NBA games. Should he get the chance, he won’t have too much pressure, because like Kerr said, he will be playing with four all-stars.

Join us on Telegram to get even more free tips!
« Sean Kilpatrick
Luol Deng: He is Free, Free At Last! »
SportingPedia covers the latest news and predictions in the sports industry. Here you can also find extensive guides for betting on Soccer, NFL, NBA, NHL, Tennis, Horses as well as reviews of the most trusted betting sites.
NBA Betting Tips, Predictions and Odds 1348