Luol Deng: He is Free, Free At Last! 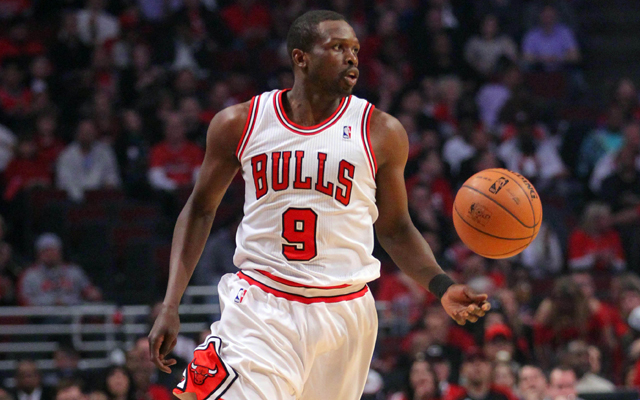 Last year was one of the weirdest years for Luol Deng. It is as odd of a season as a single player can have. After starting and playing 13 minutes in the season opener, the team announced he would be shut down for the season. Wait, what? YEP. They had a youth movement going on and they did not want him taking anybody’s minutes.

The Lakers did this while playing Corey Brewer in every single game over the season’s first few months, and playing Andrew Bogut over 20-year-old Ivica Zubac. Anyway, getting back to Deng, it had to be just tearing him up. He is a player who has had to overcome various injuries to keep his career going. He did not expect to not see the floor at all after signing a 4-year $72 million deal with the Lakers.

After a poor, injury-plagued first season, he found himself glued to the bench for the final 81 of last year. Now, after spending big money to bring LeBron to town, they had to finally cut their losses. They were not going to play Deng, so it was time to just bite the bullet and waive him. He is going to be making a lot of money to be staying away from the Lakers organization. But, here’s something we have to remember: He was once an All-Star caliber player, and he is a terrific defender. He was not some overpaid benchwarmer.

In his days in Chicago, there were not too many better two-way players than Luol Deng. He was scoring in the upper teens while contributing heavily on the defensive end. He was a perimeter player you would have nightmares when having to matchup with him.

After a few injuries, he proved to be very durable and capable of playing 35+ minutes each and every night. His tenure there ended during the 2013-14 season when was traded to the Cavs. He became a fan favorite in Cleveland, where he continued his stellar play.

In the following offseason, he signed a 2-year $10 million deal with the Miami Heat, with Pat Riley citing it as one of the biggest signings in franchise history. He played well in both seasons there, helping the team to win a playoff series. His play ultimately got him his lucrative deal with the Lakers, and the rest is history.

It is very likely that Deng links up with his former coach in Chicago, Tom Thibodeau. The TWolves have expressed interest in him, and he would be joining former teammates Jimmy Butler, Derrick Rose, and Taj Gibson over there. He is building the Minnesota TimberBulls. He would be a good asset to their bench, as they lack second unit wings with Nemanja Bjelica taking his talents to the Kings.

Whatever the case is, we just hope that Deng won’t be glued to the bench. This man deserves to be on the court, especially in crunch-time minutes. His defensive intensity is contagious.

Join us on Telegram to get even more free tips!
« Latest News and Notes Around the NBA
Blazers fill out training camp roster, add three players »
SportingPedia covers the latest news and predictions in the sports industry. Here you can also find extensive guides for betting on Soccer, NFL, NBA, NHL, Tennis, Horses as well as reviews of the most trusted betting sites.
NBA Betting Tips, Predictions and Odds 1369