NFL Week 1 Has Arrived: Look at the Opening Schedule 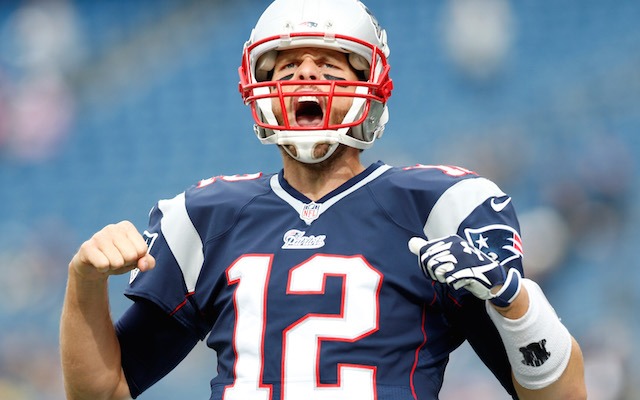 The National Football League has arrived. After four weeks of brutal football called preseason – the real thing is here. The schedule for Week 1 looks great with some excellent games on tap. Here is a look at all the games for Week 1 of the NFL season:

The Atlanta Falcons will play at the Philadelphia Eagles in the first game of the season. The Eagles are the defending champions, and actually beat Atlanta in the 2017 postseason, but this should be a great game. Two teams with solid offensive units. The Eagles will be without Carson Wentz again for this game. Philadelphia will be rocking, but Atlanta will not be intimidated.

There are 8 games at 1pm ET on Sunday. There are two games that feature divisional opponents playing each other. Those games are the Pittsburgh Steelers on the road at the Cleveland Browns and the Tampa Bay Buccaneers at the New Orleans Saints. The Browns host the Steelers for the second straight year in the opener. The status of Le’Veon Bell is the question mark for the Steelers. For the Buccaneers – they will be without Jameis Winston in the road game at the Saints.

The other six games feature Cincinnati at Indianapolis – where we will get a chance to see Andrew Luck after missing last season. The Tennessee Titans are on the road at the Miami Dolphins. Marcus Mariota and the Titans have huge expectations for the 2018 season. San Francisco is at Minnesota. Jimmy G will get his first chance in 2018, but it will be against a tough Minnesota defense.

The Houston Texans will feature DeShaun Watson back for this game and will go on the road at the defending AFC Champion New England Patriots. The last two games during the first set of games are the Jacksonville Jaguars at the New York Giants and the Buffalo Bills on the road at the Baltimore Ravens.

The late afternoon games set for the 4pm ET hour feature the Kansas City Chiefs at the Los Angeles Chargers as the only divisional game. The Chiefs have a new quarterback, and the Chargers are in limbo right now. Los Angeles should be good, but plenty of question marks will make this interesting.

Seattle goes on the road to Denver, where the Broncos will look to take advantage of a bunch of new faces for the Seahawks. The final two games feature Washington at Arizona and the Dallas Cowboys are in Carolina.

The Sunday Night Football game for Week 1 will feature Khalil Mack with his new team the Chicago Bears. The Bears will to go North and take on the Green Bay Packers in a huge NFC North affair.

There are two Monday Night Football game s in Week 1. The first features the New York Jets at the Detroit Lions, and the second sees Jon Gruden in his opener with his new team. The Raiders will host the offensive firepower of the Los Angeles Rams. Todd Gurley plays the last game of the week, so fantasy matchups could come down to final minutes of action.

Join us on Telegram to get even more free tips!
« Aaron Donald becomes NFL’s highest
Broncos Cut Former First Round Quarterback »
SportingPedia covers the latest news and predictions in the sports industry. Here you can also find extensive guides for betting on Soccer, NFL, NBA, NHL, Tennis, Horses as well as reviews of the most trusted betting sites.
NFL Betting Tips, Predictions and Odds 332