Bills name Peterman as starting QB for Week One 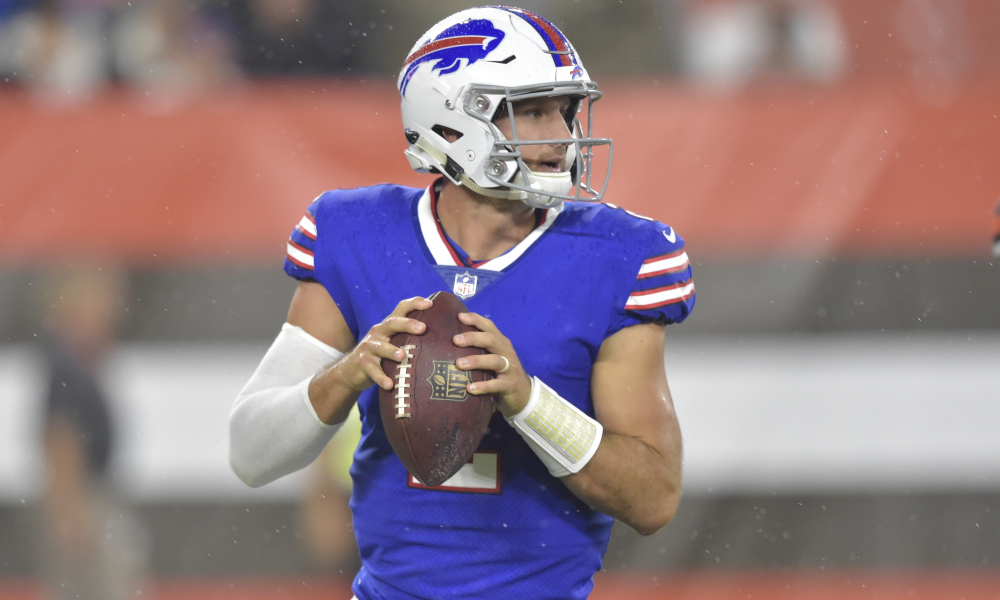 The Nathan Peterman saga continues for the Buffalo Bills as the former fifth-round draft pick won the starting job for week one over rookie Josh Allen. In the first half of his NFL debut last season, Peterman infamously threw five interceptions against the Los Angeles Chargers in his lone start last year but has continued to impress during training camp and throughout the entire preseason. Sean McDermott, the Bills head coach was not worried about that outing.

“I believe he’s a resilient young man. He’s certainly come through some times of adversity throughout his career. Look, he’s still a young player. I’ve been impressed with his mental toughness, his command of the offense, the way he’s generated yards and points in the preseason, as well, and the way he’s developed to this point.”

The Bills decided to clear out Tyrod Taylor during the offseason and also decided to trade AJ McCarron to the Oakland Raiders after an unimpressive preseason. The Bills identified their franchise quarterback when they selected the strong-armed Josh Allen with the seventh overall pick in the 2018 draft.

While Allen remains the future face of the organization, the team feels Peterman gives them the best chance to win week one against the Baltimore Ravens. 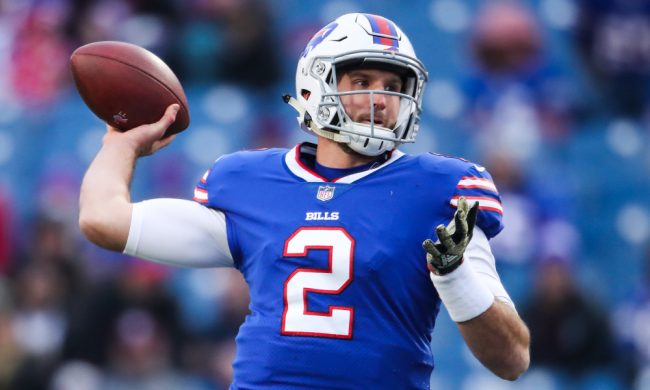 A Season Ago, it was Ugly

Fans will always criticize and remember Peterman for his five-pick game last season but the quarterback will receive a second chance to redeem himself. Peterman was very impressive in the preseason completing more than 80 percent of his throws with a 124.7 passer rating. Allen wasn’t terrible in the preseason as he completed 24-of-44 pass attempts with a couple of touchdowns, but evidently, the Bills feel it’s best for the youngster to learn by watching on the sideline.

Simply stated, Peterman looks more game ready right now than Allen, who was seen as a project quarterback coming out of Wyoming. Peterman played his final two years of college ball at Pittsburgh after redshirting at Tennessee. Throughout his collegiate career, Peterman completed 60 percent of his passes for 5,236 yards and 47 touchdowns. Since being drafted Peterman has battled his way to start and earned the trust of Bills head coach Sean McDermott.

“Nate has earned the right,” said McDermott. “I thought with his total body of work through the spring and summer and fall camp to this point, he has certainly earned the right.”

McDermott made it clear to the quarterbacks from the start that equal opportunities would be given to Peterman, Allen and McCarron to make their cases to be QB1. The Bills coach stuck to his promise and allowed each quarterback an opportunity to start one of the first three preseason games, as well as providing each quarterback with plenty of first-team reps on offense during training camp. The decision to go with Peterman was likely made during the second half of the Bills’ third preseason game when Peterman outperformed Allen by completing 16-of-21 passes for 200 yards and a touchdown. 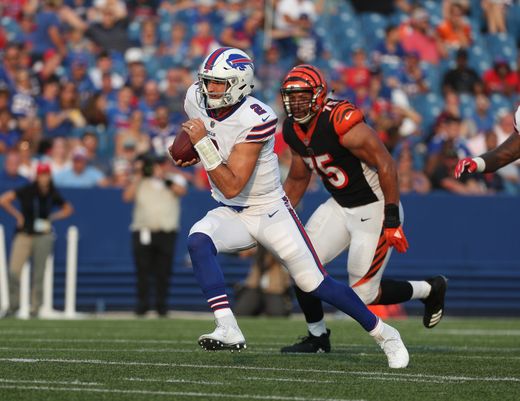 Through the first three weeks of the regular season the Bills are slated to face the toughest pass schedule in the league (at Ravens, Chargers, at Vikings). All three defenses have relentless pass rushers and lockdown secondaries as Peterman will be immediately thrown into the fire behind what is arguably one of the league’s worst offensive lines. Pro Football Focus has the Bills o-line ranked as the fourth worst, only ranking them higher than the Seahawks, Jets, and Texans.

With all of that said the Bills still managed to sneak their way into the playoffs last season as a wildcard team with a 9-7 record. With a highly talented defense, Buffalo will still have a chance to compete and stay in games this year, but the biggest challenge will be for Peterman to find a way to carry his offense to respectable performances.

Opposing defenses won’t be struck with fear with Kelvin Benjamin and Andre Holmes being the Bills’ top two receivers. That all remains to be seen but perhaps Peterman can overcome the adversity that surrounds him and the offense. If not, his leash will likely be short with a top-10 pick waiting on the bench behind him.

Join us on Telegram to get even more free tips!
« Antonio Gates rejoins the LA Chargers
Le’Veon Bell’s holdout continues »
SportingPedia covers the latest news and predictions in the sports industry. Here you can also find extensive guides for betting on Soccer, NFL, NBA, NHL, Tennis, Horses as well as reviews of the most trusted betting sites.
NFL Betting Tips, Predictions and Odds 332