The Winnipeg Jets slammed the door on the contract discussions they were having with their captain Blake Wheeler. Wheeler and the team agreed on a 5 year, $41.25M extension that will take him through the 2023-2024 season.

The deal pays Wheeler nearly $8.25M per season. The 32-year-old was set to become an unrestricted free agent following this upcoming season. 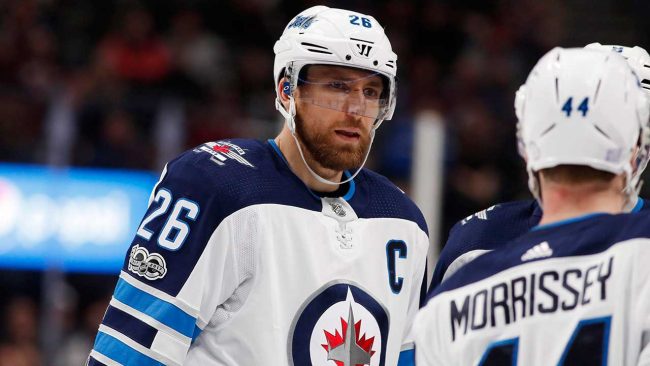 Wheeler Has Been Effective All Career

In 10 seasons in the National Hockey League, Wheeler is coming off the best season of his career. The rightwinger recorded 91 points, with 68 of them via the assist and 23 goals scored. He finished with a +/- of 13 on the season.  His 68 assists were the most, along with Claude Giroux of Philadelphia. Mark Scheifele, Wheeler’s teammate in Winnipeg had great things to say about his captain:

“I’d throw Blake Wheeler in the top five, he’s one of the most underrated players in the league. His passing is next level by far, he’s a pretty special player to play with”

In his career, he has played in just shy of 78 games, scoring 222 goals and dishing out 383 assists. Wheeler also played in the 2017-2018 postseason and scored 21 points; including 18 assists for the Jets, who lost in the Western Conference Finals.

Wheeler has been the captain of the Jets since 2016. He is one of just three players who remain with the team since their move from Atlanta to Winnipeg back in 2011. Wheeler, despite being inked for an additional 5 more seasons leads the franchise in assists and is second on the scoring list with 495 points in 557 games. 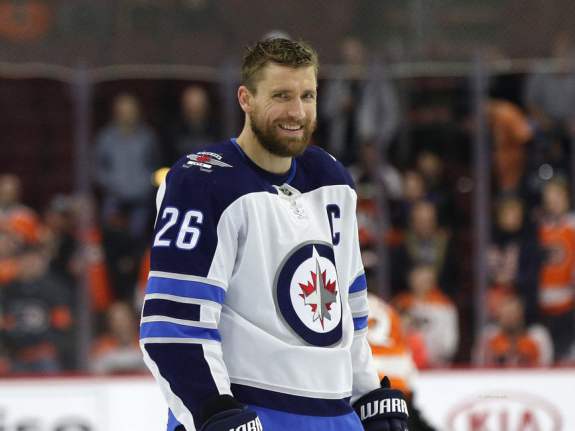 Winnipeg One of the Top Teams A Season Ago

The Jets did not have a great off-season, as they lost Paul Statsny to free agency. Winnipeg was able to grab their goaltender Connor Hellbuyck to a 6-year deal. Jose Morrisey is an up and coming free agent after this season, along with Patrik Laine – those two players are who the Jets are looking at locking up next.

The Jets were the second-best scoring team in all of the National Hockey League a season ago. The Jets scored 3.3 goals per game and allowed just 2.6 per game. Winnipeg was one of the best power play units in the league and also was effective on the penalty kill. All of those had to do with the quality play of their rightwinger – Wheeler. 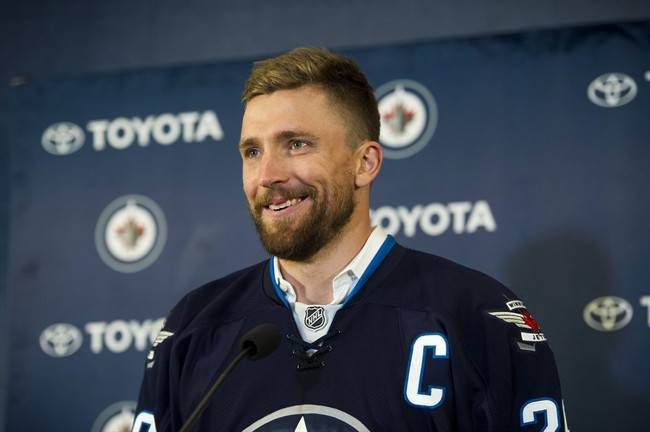 Winnipeg sits in the Central Division, where they are once again one of the favorites in an extremely tough division. A season ago, the Jets had the second most points in all of the Western Conference, but finished behind the Predators in the division.

The Jets were able to eliminate the Predators in a playoff series. The Jets did most of their work at home, as they finished with a 32-7-2 record at home. Winnipeg finished the regular season hot; winning 9 out of their final 10 games, including their last 5.

Winnipeg will start their preseason action on September 17th as they host the Minnesota Wild. The regular season will get started in St. Louis on October 4th. The Jets play their home opener on October 9th, as they welcome the Los Angeles Kings to town.

Join us on Telegram to get even more free tips!
« Nate Schmidt of the Vegas Golden Knights Suspended
The Future of the NHL in Seattle »
SportingPedia covers the latest news and predictions in the sports industry. Here you can also find extensive guides for betting on Soccer, NFL, NBA, NHL, Tennis, Horses as well as reviews of the most trusted betting sites.
NHL Betting Tips, Predictions and Odds 800