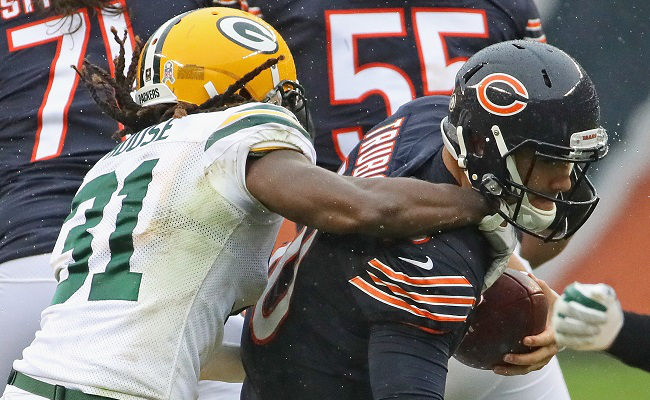 The Chicago Bears continue to improve their defense as per NFL Network’s Ian Rapaport, the new deal for nose tackle Eddie Goldman is a four-year contract extension through 2022. The deal is worth at least $42 million with $25 million in guaranteed money. This places Goldman as one of the NFL’s highest-paid defensive tackles in the game. It’s a much-deserved raise for a player entering the final year of his rookie contract.

The 24-year-old Goldman isn’t yet a household name, but remains a very important piece of Chicago’s front four, recording 8.5 sacks and 84 tackles in 36 games (32 starts). The team appreciates his ability to win blocks as well as understanding the leverage needed to play at a high level. By adding some finesse to match his brute strength they believe he’ll be able to increase his sack total. Defensive line coach Jay Rodgers said this about Goldman:

“He is elevating his game better and better, being more of a consistent player” 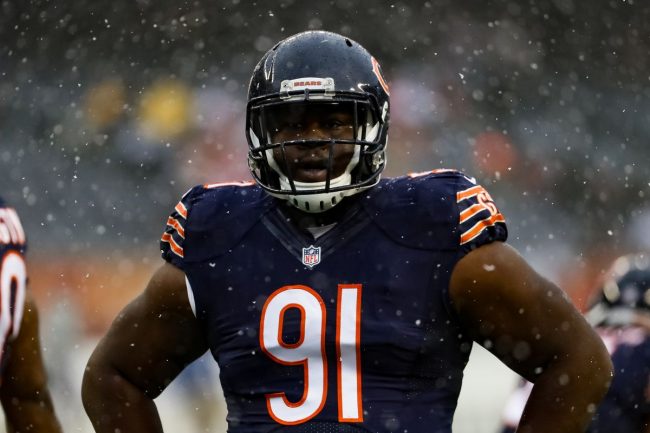 Young Players Taking over for Bears

Chicago continues to prove their willingness to invest in this defense as the Bears wild offseason continues. Along with Goldman the Bears have locked up cornerbacks Kyle Fuller and Prince Amukamara to three-year extensions. The Bears also locked up superstar pass rusher Khalil Mack, who they acquired in a blockbuster trade with the Raiders, to a six-year $141 million extension through 2024 making Mack the highest paid defensive player of all time. After holding out on signing his rookie contract the team also locked up first-round draft pick Roquan Smith, who some experts believed to be the best linebacker in the draft.

The pieces seem to be filling in nicely to bring back a defensive unit once known as the Monsters of the Midway. The team has their work cut out for them as they travel to Green Bay to take on Aaron Rodgers and the Packers in a divisional matchup week 1. The young Bears roster under rookie head coach Matt Nagy who came over from his time as offensive coordinator with the Kansas City Chiefs, look to shock the world and take down the Packers on Sunday Night Football.

Back to the defense. The Bears have gone from a historically bad defense in 2014 to a top-10 squad under defensive coordinator Vic Fangio in 2017. His 3-4 scheme already has pieces in place and has only gotten better with all of the team’s offseason acquisitions. The point to be made is that Fangio did a lot last season without much “elite” talent.  Cornerback Prince Amukamara had some high praise for Fangio.

“I think players are a big part of any type of success, but coaching is huge I feel like he’s (Fangio) a mastermind, one of the smartest DC’s, most detailed DCs I’ve been around.” 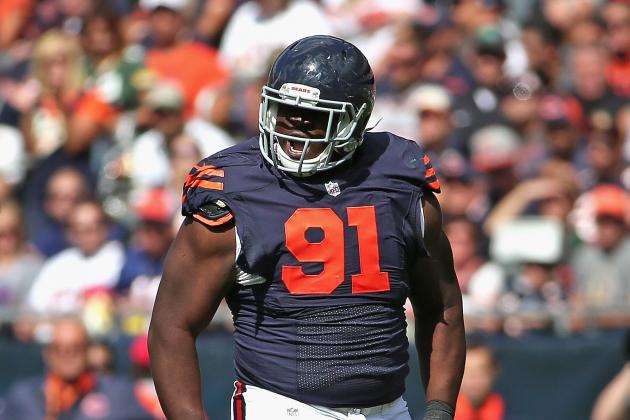 Locking up young players like Goldman and others will allow the defensive unit to grow and learn from one another. Roquan Smith will work as the field general and the one thing some people thought the defense was missing was a superstar and they got that when they traded for Khalil Mack.

In a very competitive NFC North division where the Bears will be challenged twice a year by Aaron Rodgers, Kirk Cousins, and Matthew Stafford, the team had to figure out a way to put some pressure on the quarterback. Goldman and veteran defensive lineman Akiem Hicks help fill the gaps so the pass rushers are able to cause havoc in the backfield. There’s a lot of buzz and optimism heading into Chicago’s season.

“I just think we could be as good as we want,”

Goldman said back in January.

Join us on Telegram to get even more free tips!
« The Phily Special
Falcons lose Keanu Neal for the season »
SportingPedia covers the latest news and predictions in the sports industry. Here you can also find extensive guides for betting on Soccer, NFL, NBA, NHL, Tennis, Horses as well as reviews of the most trusted betting sites.
NFL Betting Tips, Predictions and Odds 332