Yankees Starting To Get Healthy 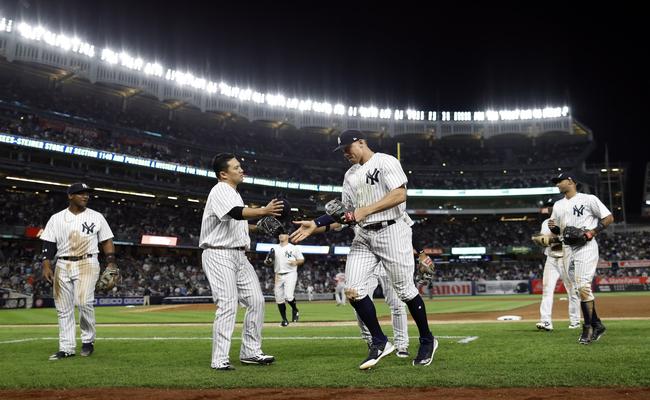 The New York Yankees appear to be getting healthy at the right time of the season. New York has dealt with a plethora of injuries since the All-Star Break but could be getting everyone back in time to begin a postseason run. Outfielder Aaron Judge and shortstop Didi Gregorius are getting close to return to the Yankees lineup.

No Judge No Problem

Aaron Judge continued his long rehab process on Friday night after being injured over six weeks ago. Judge suffered a right wrist fracture after being hit by a pitch thrown by Kansas City Royals pitcher Jakob Junis on July 26. The Yankees originally believed that Judge would miss just three weeks with the injury, but the slugger has not played in over six weeks. Judge finally began swinging a bat this week, and on Friday was able to swing on the field. When the slugger was asked about his team, and the return, he said this:

“We have a team that’s very eager. I feel blessed to be a part of this.”

Judge was on the field in Seattle about five hours before the New York Yankees began an important three-game series against the Mariners. The slugger was in the batter’s box and took swings off of a tee as well as some soft tosses from hitting coach Marcus Thames. The Yankees wanted Judge on the field so they could see the distance that the ball was traveling off of his bat.

The Yankees have had their right fielder taking swings all week, but the work has been done inside the batting cage. Judge is expected to take more swings on the field before Saturday’s game as long as Judge isn’t sore. Judge was also doing some defensive work before the game on Friday night. He took some fly balls in the outfield and was seen throwing during batting practice.

A six-week recovery time is usually standard for a wrist fracture, and it appears that Judge is close to 100 percent. Judge has stated that the pain is finally gone from his wrist which has led to the rapid progression in his rehab.

Judge was having a solid season for the Yankees in his second year in the Major Leagues. He was hitting .285 with 26 home runs and 61 runs batted in before the injury. The Yankees aren’t expected to send Judge on any rehab assignments, because both their Double-A and Triple-A affiliates are currently in the playoffs. Judge is expected to take part in some simulated games in an effort to regain his timing at the plate. 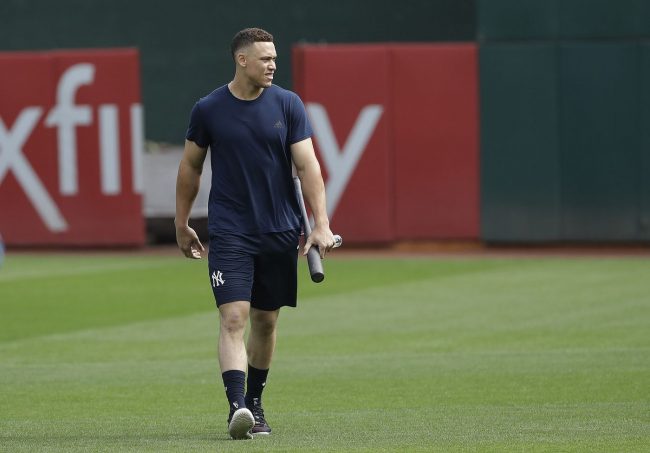 Didi Nearly Back on Field

New York has an 88-53 record entering play on Saturday. The Yankees hold a 3.5 game lead over the Oakland Athletics for the top Wild Card spot in the American League. 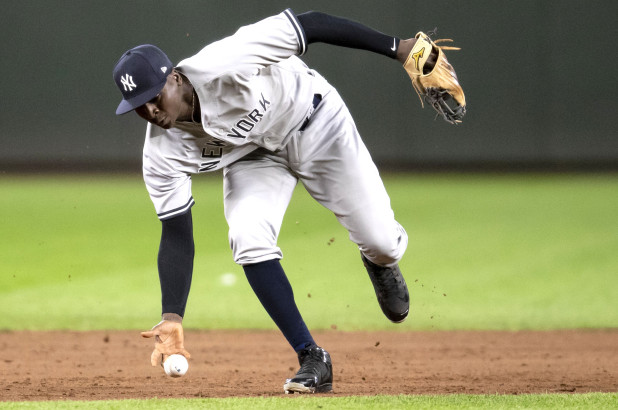 Join us on Telegram to get even more free tips!
« Michael Kopech Suffers Torn UCL
Jorge Lopez Flirts With Perfect Game »
SportingPedia covers the latest news and predictions in the sports industry. Here you can also find extensive guides for betting on Soccer, NFL, NBA, NHL, Tennis, Horses as well as reviews of the most trusted betting sites.
MLB Betting Tips, Predictions and Odds 241