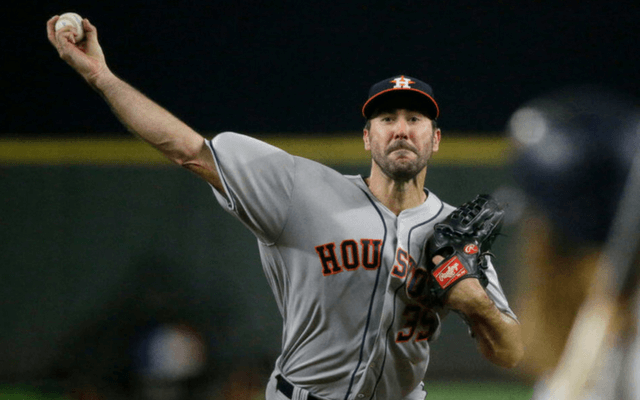 Houston Astros starter Justin Verlander made his return to Comerica Park on Monday night and was able to fight through the emotions to earn a victory. Verlander admitted that this was one of the hardest games he’s ever had to pitch. In the victory, Verlander also pitched his name into the record books.

The Detroit Tigers faithful gave Verlander a standing ovation on three different occasions in the Astros 3-2 victory over Detroit. This was the first time that Verlander was back on the mound at Comerica Park since being traded to Houston in August 2017. Verlander played a huge role in helping the Astros win the World Series last year.

The tributes came early and often for Verlander on Monday night. As he was returning to the dugout from warming up in the bullpen, the Tigers played a video tribute to him on the big scoreboard. Verlander stopped in his tracks and watched the entire video alone in the outfield. At the conclusion of the video, Verlander received the first standing ovation from the fans. They would give him the same reaction when he took the ball to begin the bottom of the first inning. Verlander responded each time by tipping his cap to the fans.

” Quite the moment. That’s really all I can say” 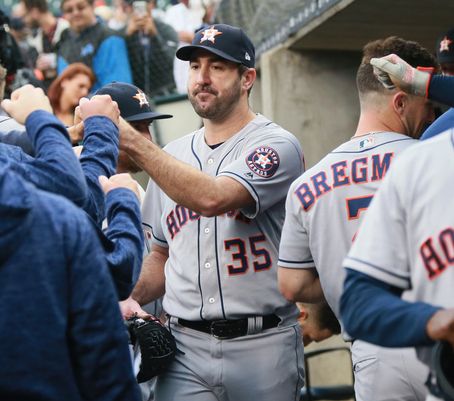 The hard-throwing right-hander pitched seven strong innings on Monday night and recorded 10 strikeouts in the game. It was the 52nd time that Verlander has recorded double-digits strikeouts in a game. The 10 strikeouts also moved Verlander past the 250 strikeout plateau this season, and he joined teammate Gerrit Cole in that category. Verlander and Cole became the first set of right-handed pitchers to strike out at least 250 batters in a season since 1900. They became the first set of teammates to accomplish this feat since Randy Johnson and Curt Schilling did it with the Diamondbacks in 2002.

With the victory on Monday night, Verlander improved his record to 98-50 at Comerica Park. Washington Nationals ace Max Scherzer is second on the wins list at Comerica Park with 46. Jordan Zimmerman has 14 career wins at that stadium to lead players currently on the Tigers roster. Verlander improved to 15-9 on the season to go along with a very solid 2.72 earned run average. The 35-year-old will likely be the game 1 starter for the Astros when they begin the 2018 playoffs.

The Astros became just the second team in the Majors to win at least 90 games with their victory on Monday night. Their 90-54 record has them three games ahead of the Oakland Athletics in the American League West. The Astros and Tigers will continue their series on Tuesday night. 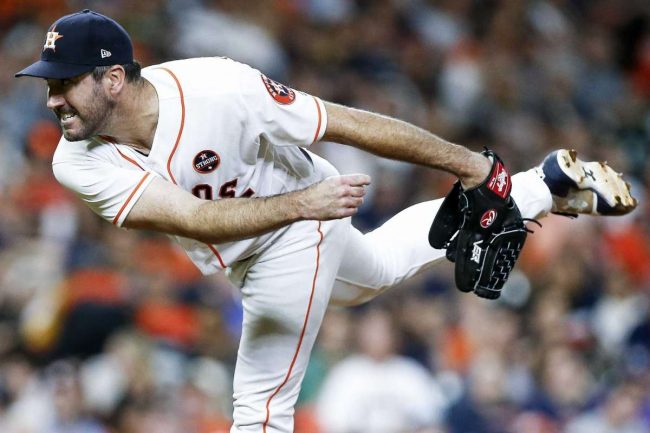 Join us on Telegram to get even more free tips!
« David Wright Expected To Return This Year
Stat Races Rival Pennant Races as MLB Winds Down »
SportingPedia covers the latest news and predictions in the sports industry. Here you can also find extensive guides for betting on Soccer, NFL, NBA, NHL, Tennis, Horses as well as reviews of the most trusted betting sites.
MLB Betting Tips, Predictions and Odds 241