Twitter
« NBA: Latest around the League as Preseason Looms
Wade announces he will play one last season in Miami » 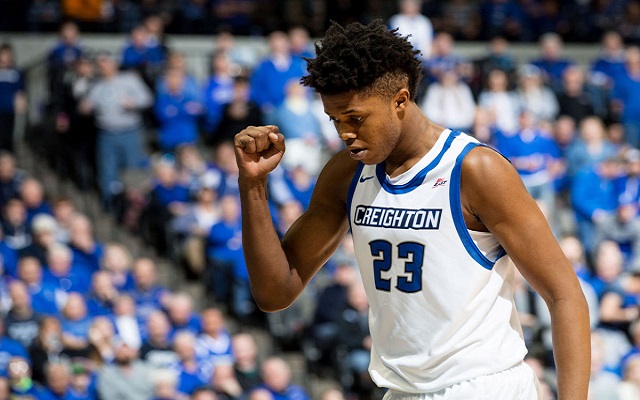 Well, this man just does not have much good luck in his life. After playing in only one game during his rookie season with a broken foot, TWolves big man Justin Patton broke it again this weekend and is out for the foreseeable future. The team’s additional acquisition in the Jimmy Butler trade, the team will continue to wait to see if he can have any impact on the floor.

Patton’s only time on the floor last year came in the team’s 78th game of the season against the Utah Jazz, when he played the final 3:44 of garbage time. He scored two points on 1-2 shooting, and recorded one steal as well as one personal foul. Not really much of an opportunity for him behind Karl-Anthony Towns and Gorgui Dieng when he did finally get healthy.

Obviously, the injury is bad news for the big man, but he seems to be taking the news in stride, and using a positive attitude. He was asked earlier this week:

” It’s not an ideal situation for me, but I will continue to work as hard as I need and get back to being productive for my team”

Patton wasn’t sidelined, as much as not ready for the big leagues. He appeared in 38 games (28 starts) in the G-League for the Iowa Wolves. He averaged 23.2 minutes per game, scoring 12.7 points per game on 47% shooting, 5.4 rebounds, 1.6 assists, 1.0 steals, and 1.3 blocks per game. With a minimal number of attempts, Patton shot 30% from three-point range. He was decent enough to be part of the 13-man active roster late in the year as we mentioned above, but that was all. 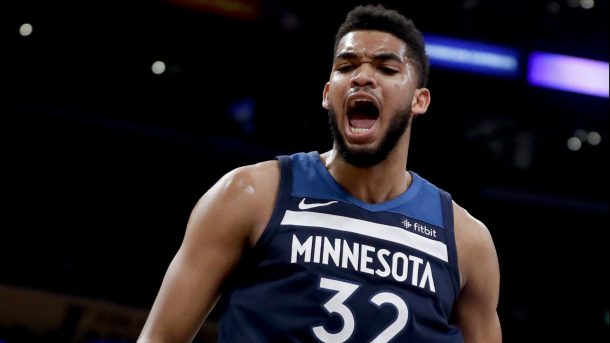 The issue in Minnesota is that they have a franchise-changing talent in Towns and a $16 million a year backup in Gorgui Dieng, so there really isn’t much room for Patton. Whether or not he is healthy, it will take a lot for him to get a chance to see the floor in games. The other issue is that he plays for a team coached by Tom Thibodeau, who never really seems to embrace change. He is just playing the guys he likes, and he continues to make Minnesota into the TimberBulls, rather than the Timberwolves they are supposed to be.

Hopefully, this broken foot injury sidelines Patton for as little time as possible, so he can work toward a return, and a hopeful chance to join the active rotation. He showed flashes of being a potential starting big man in college, and if he can just get out there onto the practice court and show his value, maybe he can earn a few game minutes if another injury arises. And from there, try and work a trade to a center-needy team, because there sure are a lot of them.

Join us on Telegram to get even more free tips!
« NBA: Latest around the League as Preseason Looms
Wade announces he will play one last season in Miami »
SportingPedia covers the latest news and predictions in the sports industry. Here you can also find extensive guides for betting on Soccer, NFL, NBA, NHL, Tennis, Horses as well as reviews of the most trusted betting sites.
NBA Betting Tips, Predictions and Odds 1369