Two teams who have started the year pretty well will face off on Sunday as the Indianapolis Colts travel to take on the Philadelphia Eagles. The Colts just won against the Redskins in dominating fashion 21-9 and the Eagles just lost a heartbreaker to the Buccaneers 27-21.

This is a must-win for both teams as they look to gain some momentum going into the heart of their schedule. The Colts head coach this year is Frank Reich, who was the offensive coordinator for the Eagles last year as they won the Super Bowl. We can expect both teams will be prepared in this one knowing each other very well.

The Eagles are favored in this one and open the betting as 6.5 point favorites. They are expecting this one to be a fairly high scoring game as the over-under is set at 47.5 points. Both teams are 1-1 against the spread this year. The spread is a little higher than I would have expected due to the return of Carson Wentz. Wentz is one of the best players in the game, but he will be rusty against a Colts defense that has been swarming. 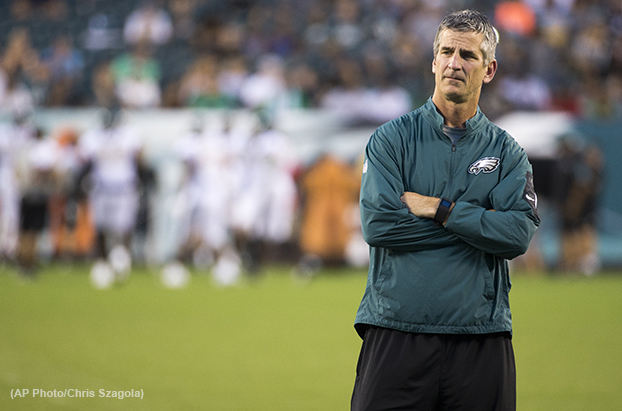 Colts vs. Eagles Head to Head

The Colts and Eagles have met 18 times in history, none of which have come in the postseason. The Colts lead the series 10-8 while outscoring the Eagles 451-387. This will be the first meeting since September 15, 2014, a Monday night game which the Eagles won 30-27. The Colts last won against the Eagles on November 26, 2006 at the then RCA Dome.

The big piece of news going into this game is the return of Wentz as mentioned above. Wentz tore his ACL and LCL in Week 13 of last year and has not been back in game action yet. The other big news for the Eagles is that wide receiver Mike Wallace fractured his fibula and will now miss a few weeks of action. T.Y. Hilton was inactive at practice on Wednesday so that is something to watch going forward this week. 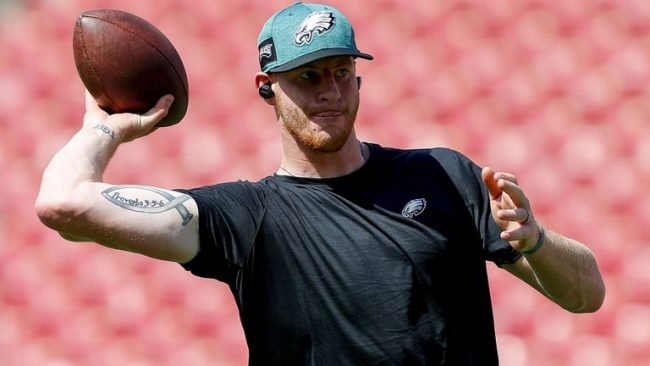 Look for this to be a closely contested game as the Colts defense will shine against Wentz who is still recovering. He will come out a little slow and the Colts will capitalize on it. The Colts passing game should be able to take advantage of a secondary who hasn’t really started to click yet. Watch for the Colts to cover and take the win this weekend. Take the Colts +6.5.

Join us on Telegram to get even more free tips!
« Denver Broncos vs. Baltimore Ravens Preview, Tips and Odds
New England Patriots at Detroit Lions Preview, Tips and Odds »
SportingPedia covers the latest news and predictions in the sports industry. Here you can also find extensive guides for betting on Soccer, NFL, NBA, NHL, Tennis, Horses as well as reviews of the most trusted betting sites.
NFL Betting Tips, Predictions and Odds 332