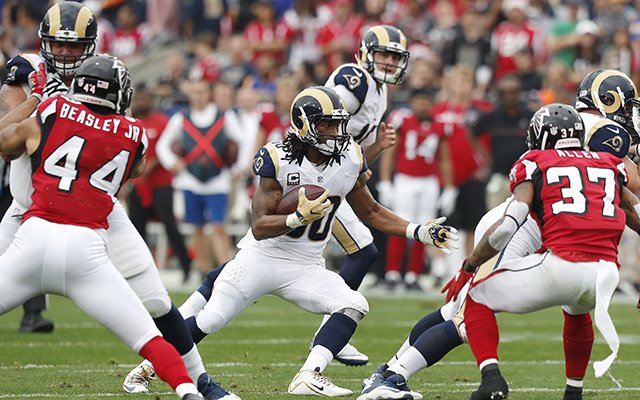 The Minnesota Vikings travel to Los Angeles on Thursday to take on the Rams. The Rams are sitting at a 3-0 record with one goal and one goal only, Super Bowl or bust. The same goes for the 1-1-1 Vikings who went out and signed Kirk Cousins to a massive contract this offseason. As the Rams have skidded by their opponents the Vikings have struggled, after tying the Packers in Week 2 they got flat out embarrassed by the Bills in Week 3. Minnesota was a “lock” to win by every analyst and fan until the 0-2 Bills stepped into U.S. Bank Stadium and won 27-6.

The Rams are favored this week -6.5 hosting the Vikings at LA Memorial Coliseum on Sunday. The Rams cruised to a 35-23 victory over the Chargers giving them a 3-0 record on the season. This is likely the main reason for the relatively large point spread against a Minnesota defense that is known for having one of the top defenses in the league. The latest loss however, raises doubts against a Rams team that has scored at least 30 points in each game this season. 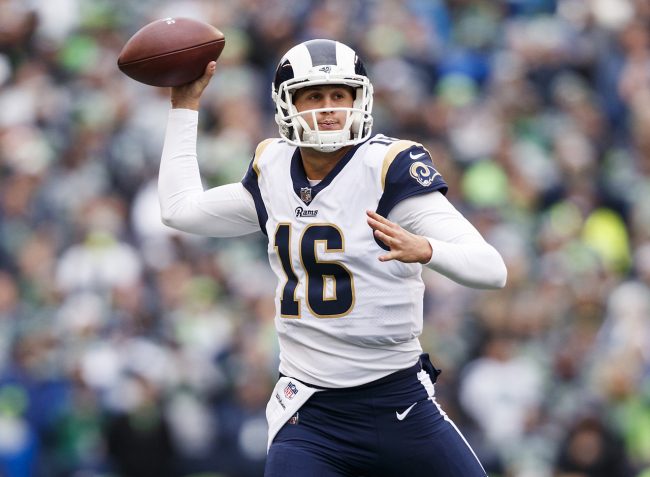 Vikings vs. Rams Head to Head

The Vikings lead the head-to-head franchise record against the Rams winning 22 of 38 matchups. The two teams have managed to tie twice in those 38 games and with the number of ties so far this season isn’t out of the realm of possibility. Minnesota averages roughly 23 points-per-game all-time against the Rams who put up about 22 points, so fans are in store for what should be a very entertaining game Thursday night.

Kirk Cousins (965) and Jared Goff (941) are two of the top three quarterbacks in the league as far as passing yards go. They only trail future Hall-of-Famer Drew Brees who has thrown for 1,078 yards. Minnesota receiver Adam Thielen (338) currently sits second in NFL receiving yards only trailing Saints receiver Michael Thomas (398). The newly acquired Brandin Cooks is right behind Thielen in receiving yards with 336. Todd Gurley sits in the top five of league leaders in both rushing yards (255) and touchdowns (4). The Rams will need to keep an eye on Stefon Diggs who has three touchdowns through the first three games of the season.

Dalvin Cook remains day-to-day for the Vikings still recovering from a hamstring injury. His availability for Week 4 remains unknown. The Rams lost star cornerback Marcus Peters in Week 3’s matchup against the Chargers with a calf injury, he’s expected to miss 2-4 weeks. Aqib Talib was forced to exit the game as well with an ankle injury. 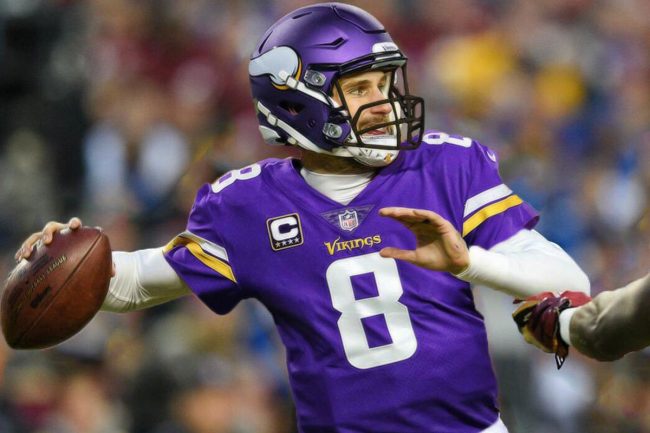 We don’t expect the Vikings to come out against the Rams like they did against the Bills, but the Rams are undefeated for a reason. They are stacked both defensively and offensively, rarely make mistakes, and are very well coached by Sean McVay. Playing at home it’s tough not to take the Rams in this week’s matchup, we have them winning 24-23 in a close Week 4 matchup. The Vikings will come to play though, this is expected to be one of this week’s best matchups.

Join us on Telegram to get even more free tips!
« San Francisco 49ers vs. Los Angeles Chargers Preview, Tips and Odds
Bengals vs. Falcons Preview, Tips and Odds »
SportingPedia covers the latest news and predictions in the sports industry. Here you can also find extensive guides for betting on Soccer, NFL, NBA, NHL, Tennis, Horses as well as reviews of the most trusted betting sites.
NFL Betting Tips, Predictions and Odds 332