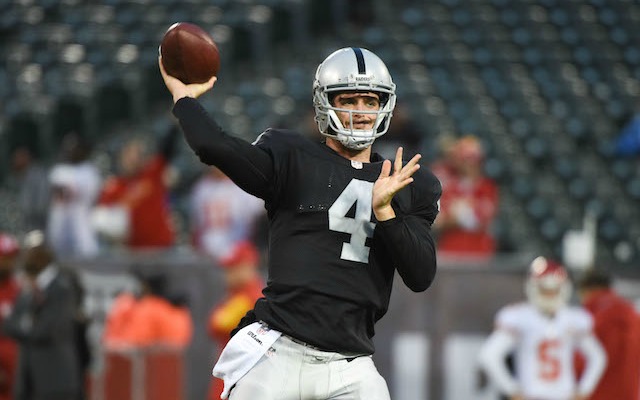 The Oakland Raiders will be on the road in a Week 5 matchup against their divisional rival Los Angeles Chargers. Both teams trail the red-hot Kansas City Chiefs who sit atop the division with a 4-0 record. For the Raiders, they are last in the division with a record of 1-3, coming off new head coach Jon Gruden’s first win against the Browns since taking over.

The Chargers are currently 2-2 on the young season, a team a lot of fans had high expectations for coming into the year. Derek Carr going against a seasoned veteran like Philip Rivers should make for a very exciting divisional matchup. 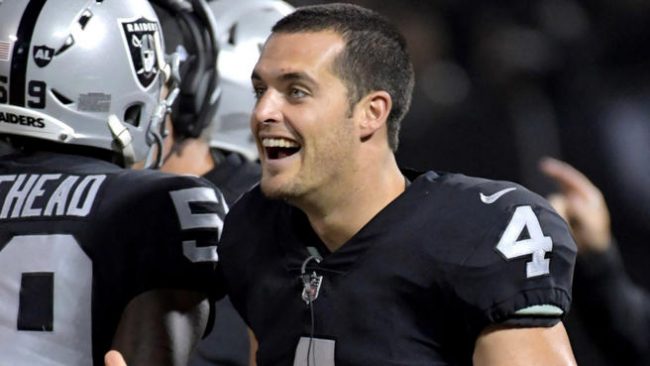 The odds are in the Chargers favor for this game at -5.5. The Chargers are 1-1 at home on the season losing Week 1 to the Chiefs and winning against the 49ers Week 4. The Raiders have yet to win a game on the road, so we’ll see if they can carry over last week’s momentum to the StubHub Center this week.

Raiders vs. Chargers Head to Head

The Raiders lead the all-time series against the Chargers with a record of 63-52-2. They did lose both of their matchups against Los Angeles last season though, in December of 2017, the Chargers won 30-10. Rivers was phenomenal in that matchup completing 28-of-37 pass attempts for 387 yards and three touchdown passes.

Keenan Allen was a big recipient of all those pass attempts reeling in nine catches for 133 yards and one of Rivers three touchdowns.

Derek Carr has been impressive passing for the fourth-most yards in the league thus far with 1,373 yards. The nine-year veteran Jared Cook has been a monster in the receiving game for the Raiders with 26 receptions, 370 yards, and two touchdowns.

Cook is off to one of his best starts in his career and is being targeted by Carr early and often. Amari Cooper has had a very up and down season so far, in Week 1 he posted just one catch for nine yards against the Rams. Week 2 he exploded for 10 receptions and 116 yards, then Week 3 he struggled again only catching a couple passes for 17 yards.

Then the pattern continued this past week against the Browns when Cooper had eight catches for 128 yards and a touchdown. The Raiders need Cooper to be more consistent as their top wide receiver if they want to succeed. For the Chargers, Rivers is tied for second place in the NFL with 11 passing touchdowns.

Wide receiver Travis Benjamin reaggravated his foot injury and the Chargers also cut punter Drew Kaser. The team replaced him by signing veteran Donnie Jones. This makes sense as the Chargers special teams have been struggling as usual, Kaser had been sloppy holding the ball on kick attempts which may have led to misses. 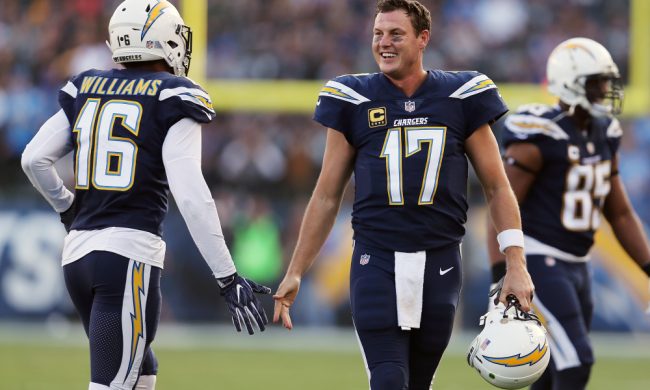 We’re taking the Chargers this week against the Raiders 27-23.

Join us on Telegram to get even more free tips!
« Texans vs. Cowboys Preview, Tips & Odds
Vikings vs. Eagles Preview, Tips & Odds »
SportingPedia covers the latest news and predictions in the sports industry. Here you can also find extensive guides for betting on Soccer, NFL, NBA, NHL, Tennis, Horses as well as reviews of the most trusted betting sites.
NFL Betting Tips, Predictions and Odds 332