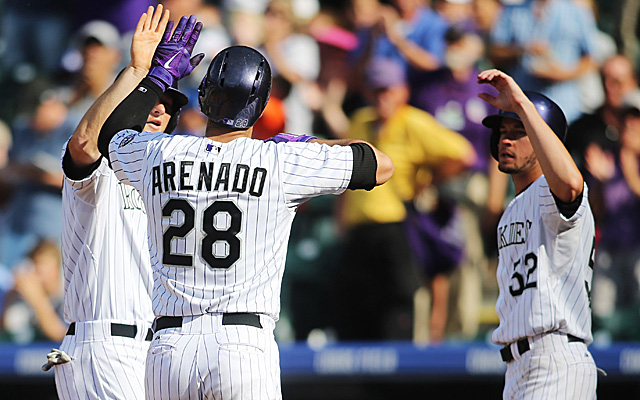 The Colorado Rockies and Milwaukee Brewers will meet for game three of their National League Division Series on Sunday. The Brewers hold a 2-0 series lead over the Rockies as the series shifts to Colorado. Pitching has dominated this series up to this point, and both teams have a pair of solid starters going in game three. The Rockies will start young German Marquez in this game, and he will be opposed by Brewers starter, Wade Miley.

The Colorado Rockies are the betting favorite to keep their season alive with a win in this game. The money line for this matchup is Colorado -146 and Milwaukee comes in at +134. The over/under for total runs scored in this game is set at 9.5 runs. 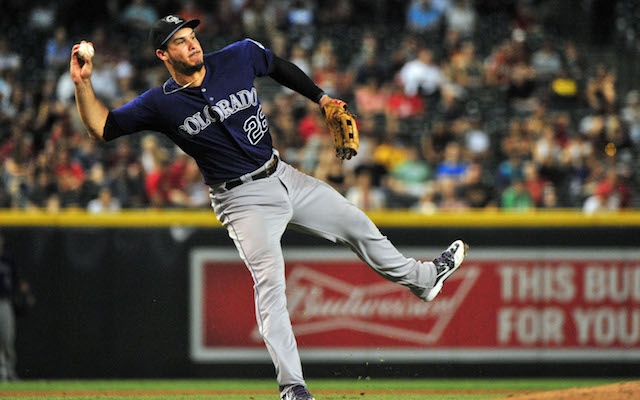 Rockies vs. Brewers Head to Head

Rockies starter German Marquez went 14-11 with a 3.77 earned run average during the regular season. Marquez made two starts against the Brewers in the regular season, and gave up seven earned runs in just 11 innings pitched. Colorado has managed just ten hits and two runs so far in this NLDS against the Brewers. Gerardo Parra has been the best hitter for the Rockies in this series, going 3-6 with one run scored through the first two games.

Left-hander Wade Miley went 5-2 with a 2.57 earned run average for the Brewers after being acquired midseason. Miley did not face the Rockies during the regular season. Christian Yelich has been the offensive star for the Brewers in this series. He has gone 2-5 with three runs, one home run, and two runs batted in.

The Rockies could have started left-hander Kyle Freeland in this game, but they opted to go with Marquez. Freeland was dominant for the Rockies in the NL Wild Card game against the Cubs, and will be ready to pitch game four on extra rest.

The Milwaukee Brewers have now won ten straight games dating back to the regular season. Jhoulys Chacin was magnificent in game two, pitching five scoreless innings on short rest. The vaunted Brewers bullpen will be rested and ready to go for game three. 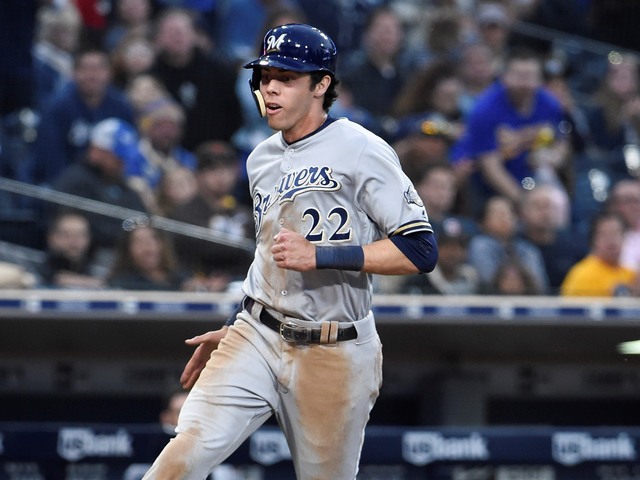 The Colorado Rockies struggled offensively in the first two games of the series, but a return to Coors Field should help. The Brewers bullpen has been carrying the load for them all season but will wear down at some point. Scoring first will be a big key for the Rockies in this game, and they should get the job done. The Rockies will keep their season alive for one more game. Bet the Colorado Rockies -146 over the Brewers in game three.

Join us on Telegram to get even more free tips!
« Houston Astros vs. Cleveland Indians Preview, Tips & Odds
New York Yankees vs. Boston Red Sox Preview, Tips, and Odds »
SportingPedia covers the latest news and predictions in the sports industry. Here you can also find extensive guides for betting on Soccer, NFL, NBA, NHL, Tennis, Horses as well as reviews of the most trusted betting sites.
MLB Betting Tips, Predictions and Odds 241