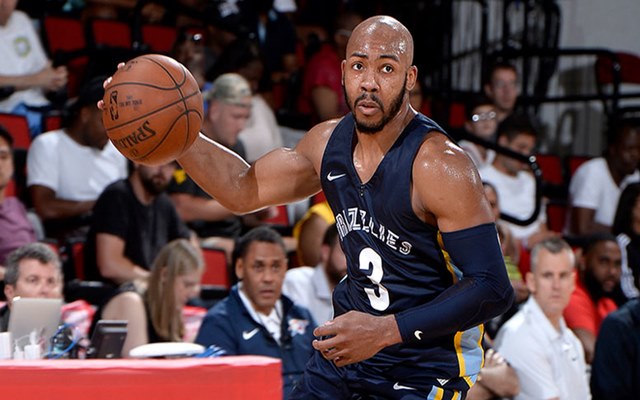 In every NBA draft, only sixty players end up being selected. If you do the math, that means only 30 guys end up going in the first round. So out of the other half of players, it is always a fight to make the team, to earn long-term contracts, and to even have a chance to contribute. Draymond Green, Jordan Clarkson, Nikola Jokic, and Isaiah Thomas are some of the big ones from the past eight years. Let’s look at some second-round breakout candidates from this past NBA draft.

First, we’ve got PG Jevon Carter, who comes to the Memphis Grizzlies after a four-year career at West Virginia. The point guard improved his numbers over all four years he played, finishing with 17.3 ppg, 4.6 rpg, 6.6 apg, 3.0 spg, plus 42% FG, 39% 3PT, and 86% FT during his senior season. Carter has a legitimate chance to beat out Shelvin Mack and last year’s backup Andrew Harrison for the chance to be the first guy to come in for Mike Conley during games. With his four years of experience, he provides the intangibles that a leader on the floor should, and he will be able to help create shots for the many talented guards on Memphis’ bench. 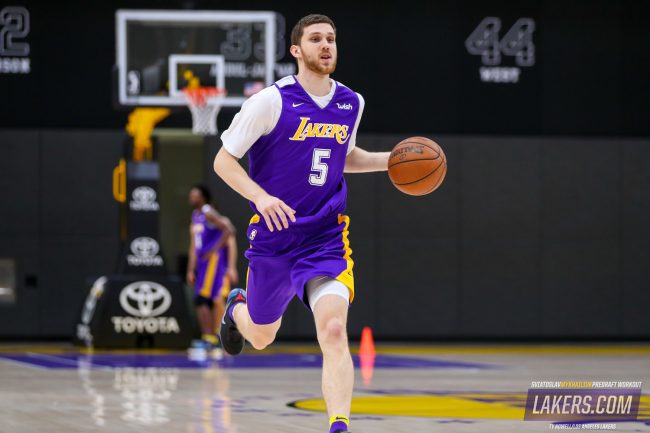 Next, we have Lakers small forward Sviatoslav Mykhailiuk. He was taken with the #47 pick, and has a legitimate chance to contribute right away. Svi is a player who is 21 years of age and just spent four seasons with Kansas. He was finally a full-time starter during his senior year, and he was one of the best shooters in all of college hoops last year. He averaged 14.6 points per game on 43.4% FG and shot 44.4% from three-point land. He has been hitting shot after shot during Lakers practices and has a pure shooting form that should translate very well. Any minutes that he is playing with LeBron this year, expect him to have a Kyle Korver role. 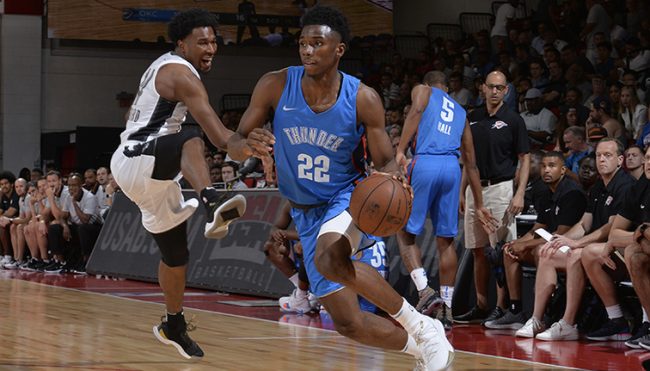 The OKC Thunder acquired G Hamidou Diallo from the Nets in a draft night trade. Though they are very deep at the SG spot, he could very well have a chance to earn minutes. After averaging 10 points and four rebounds per game as a starter at Kentucky, he found his way to the pro circuit. He is a terrific scorer who can create his own shot, and could see minutes ahead of the likes of Timothe Luwawu Cabarrot and Terrance Ferguson if he continues his strong preseason play. 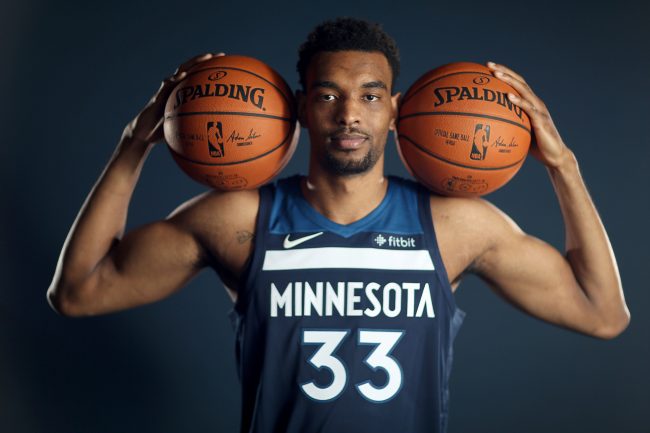 Though we have no idea how many minutes he will see because he plays in Minnesota, Keita Bates-Diop, the three-year man from Ohio State, has a great opportunity there. They made him a second-round pick after he averaged 19.8 points, 8.7 rebounds, and 1.6 blocked shots per game last year. He is also a guy that can knock down the J (48% FG, 36% 3PT), at a high-rate. With Jimmy Butler likely on the outs, he will likely be competing for minutes with Luol Deng and CJ Williams. A player with a lot of talent, it is hard to imagine him off the floor for long.

Join us on Telegram to get even more free tips!
« NBA: Award Predictions for 2018
NBA: Final Preseason Storylines »
SportingPedia covers the latest news and predictions in the sports industry. Here you can also find extensive guides for betting on Soccer, NFL, NBA, NHL, Tennis, Horses as well as reviews of the most trusted betting sites.
NBA Betting Tips, Predictions and Odds 1371