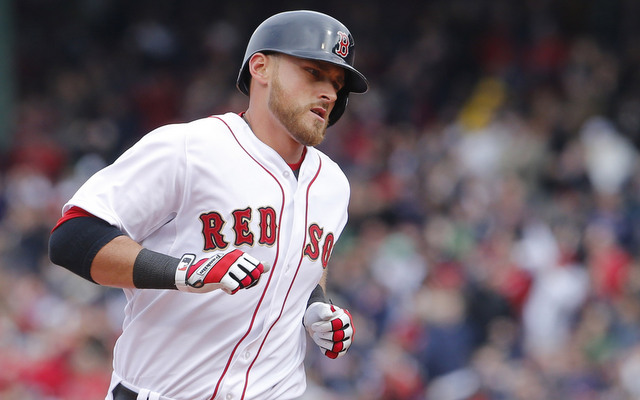 The New York Yankees and Boston Red Sox will continue their American League Division Series on Tuesday night. The Red Sox hold a 2-1 series lead after blowing out the Yankees in game three. The winner of this series will advance to the American League Championship Series to take on the Houston Astros. CC Sabathia will take the mound for the New York Yankees in this game, and he will be opposed by Rick Porcello for the Boston Red Sox.

The New York Yankees are a slight betting favorite to win game four over the Red Sox. The moneyline for this game is Yankees -124 and Boston checks in at +102. The over/under for total runs scored is 8.5 runs.
Spread: Yankees -124
O/U: 8.5 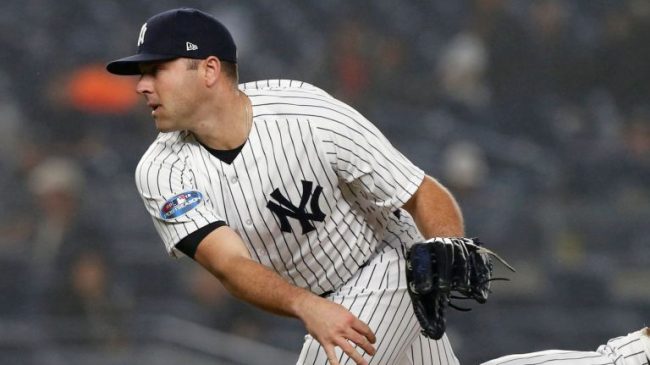 This will be the 23rd meeting between the New York Yankees and Boston Red Sox this season. The two teams met nineteen times during the regular season, and the Red Sox held a slim 10-9 advantage over their rival. With their two wins against the Yankees this season, Boston now leads the series, 12-10.

The New York Yankees managed just five hits in the game three loss to the Red Sox. Outfielder Aaron Judge has been the best Yankees hitter in this series, going six for thirteen including a pair of home runs. Veteran left-hander CC Sabathia had a solid 2018 season for the Yankees. Sabathia went 9-7 with a 3.65 earned run average through 29 starts.

With their big night in game three of the series, the Red Sox offense has now put up impressive numbers. Boston is hitting .295 as a team against the Yankees and they are averaging more than ten hits per game. Game four starter Rick Porcello went 17-7 with a 4.28 earned run average during the regular season.

This series marks the eighth time that the Yankees have faced a 2-1 deficit in the ALDS. New York has rallied to force a game five in four of those situations and came back to win the series twice. The Yankees are hoping that this isn’t the last time Sabathia makes a start for them, as he is a free agent at the end of the season.

In game three, Red Sox infielder Brock Holt became the first player to ever hit for the cycle in a postseason game. Holt completed the feat with a 9th inning home run off of Yankees reliever Austin Romine. The Red Sox offense will look to stay hot against CC Sabathia in this game. 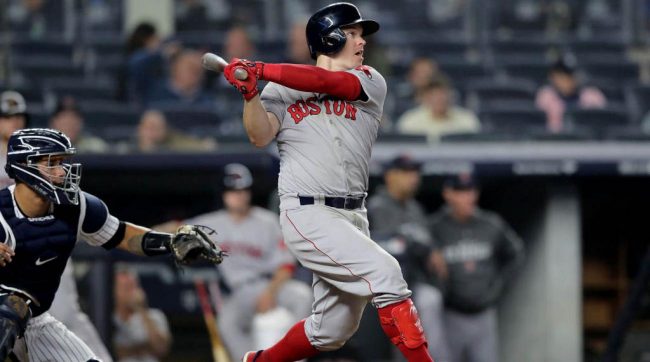 The Yankees are not going to go down without a fight, and CC Sabathia will pitch a great game on Tuesday night. The Boston offense was terrific in game three, but they’ve been inconsistent so far in these playoffs. This series is too good to not go the distance, and the Yankees will push the series back to Boston for a game five. Bet the New York Yankees -124 over the Boston Red Sox.

Join us on Telegram to get even more free tips!
« New York Yankees vs. Boston Red Sox Preview, Tips, and Odds
Milwaukee Brewers vs. Los Angeles Dodgers Preview, Tips, and Odds »
SportingPedia covers the latest news and predictions in the sports industry. Here you can also find extensive guides for betting on Soccer, NFL, NBA, NHL, Tennis, Horses as well as reviews of the most trusted betting sites.
MLB Betting Tips, Predictions and Odds 241