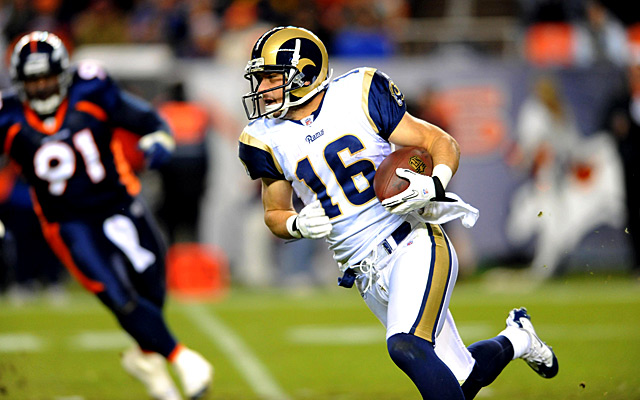 It’s a west coast matchup between the Los Angeles Rams and the San Francisco 49ers in Week 7, where the Rams remain the only unbeaten team in the NFL. The 5-0 Rams have skidded past their opponents so far this season and are coming off a 23-20 victory against the Broncos. The 49ers fell short to Aaron Rodgers and the Packers, as they now host the scariest team in the NFL. If it’s anything like their 41-39 shootout last season, where the Rams came out victorious, then we should be in for an intriguing NFC West showdown.

The Rams are favored -10 against the 49ers this week, by far the biggest margin in any Week 7 matchup.  The total is listed at 52.5 for this game. The 49ers are 1-1 when playing at home this season, so it’s going to take everything they’ve got and then some to take down head coach Sean McVay’s squad. The game time weather is expected to be a warm one in the low 70’s with clear skies. 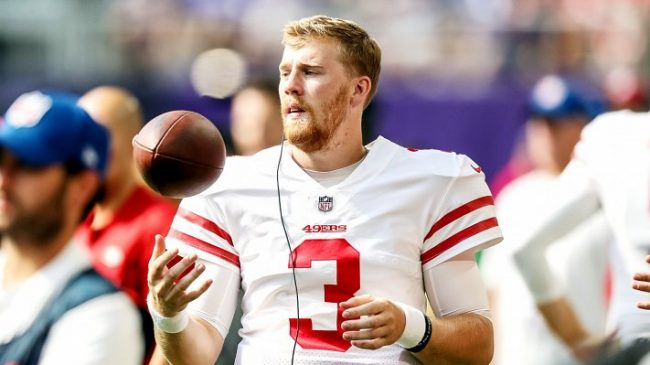 Rams vs. 49ers Head to Head

The 49ers have the advantage in record (69-65-3) against the Rams, splitting the divisional series last season. The 49ers won the last matchup between these two teams, but we’ll exclude that since the Rams rested both Todd Gurley and Jared Goff that week. C.J. Beathard has proven to be one of the better backup quarterbacks in the league today, but San Francisco will have to step up big defensively to slow down the Rams offense. The 49ers give up 29.8 points per game, ranking them 29th in the league, while the Rams rank 3rd in points averaging 32.7 a game.

Todd Gurley hasn’t shown any signs of slowing down since coming off his 2018 offensive player of the year campaign. Gurley is coming off a game against the Broncos where he ran the ball 28 times for 208 yards and 2 TDs; the guy is the real deal. He already has 623 rushing yards on the season with 9 rushing TDs and 21 receptions for 247 receiving yards and 2 receiving touchdowns. All the work that Gurley does takes the pressure off of Jared Goff, who has passed for 1,928 yards with a 12:5 TD to INT ratio.

The three-headed trio of Brandin Cooks, Robert Woods and Cooper Kupp rank amongst one of the league’s most dynamic receiving corps. Then you have names like Aaron Donald, Ndamukong Suh, Marcus Peters and Aqib Talib on the defense; this team is built to make a Super Bowl run.

The 49ers have dealt with season-ending injuries to Jimmy Garoppolo and Jerick McKinnon, which helps explain their 1-5 record. Matt Breida has been a pleasant surprise for them, however, with 430 rushing yards on the season and 3 combined TDs. Marquise Goodwin torched the Packers secondary for 4 catches, 126 receiving yards and 2 TDs and looks to carry that momentum into this week.

The Rams are welcoming back K Greg Zuerlein this week after parting ways with Cairo Santos. McVay does expect Cooper Kupp to miss Week 7 with a knee injury, as the team signed veteran WR Nick Williams to help try and fill in where needed. Cooks and Woods will still be Goff’s go-to guys this week with at least one of them drawing coverage from Richard Sherman. 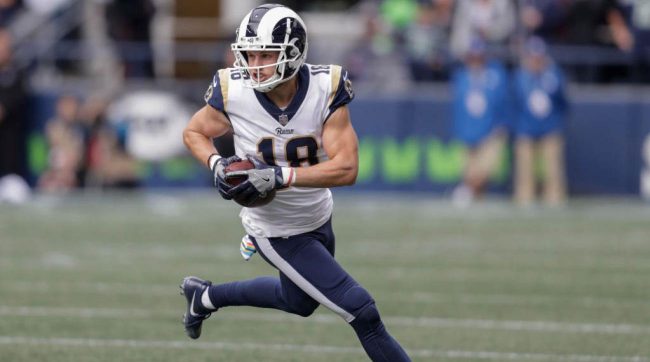 We’re taking the Rams this week 32-21, and their undefeated season will continue.

Join us on Telegram to get even more free tips!
« New England Patriots vs. Chicago Bears Preview, Tips, & Odds
Giants vs. Falcons Preview, Tips, and Odds »
SportingPedia covers the latest news and predictions in the sports industry. Here you can also find extensive guides for betting on Soccer, NFL, NBA, NHL, Tennis, Horses as well as reviews of the most trusted betting sites.
NFL Betting Tips, Predictions and Odds 332