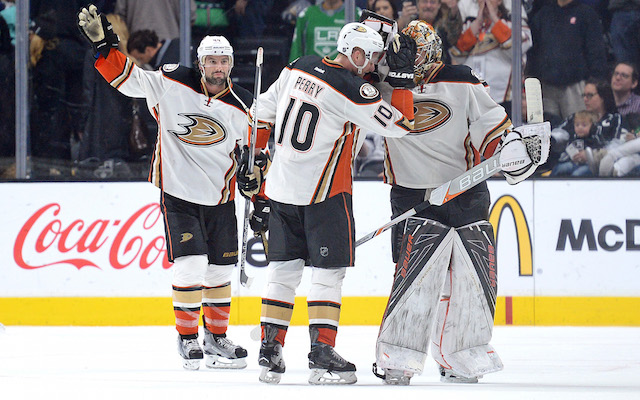 The Anaheim Ducks are set to host the Buffalo Sabres in an NHL battle on Sunday night in California. The Ducks are currently leading the Pacific Division in the Western Conference with eleven points through their first eight games of the season. The Buffalo Sabres have racked up just eight points through eight games played this season and are near the bottom of the Eastern Conference standings. Neither team scores many goals, and this has the potential to be a very low scoring game.

The Anaheim Ducks are the clear favorites over the Sabres in this game. The moneyline is Anaheim -170, while the Sabres check in at +150. The over/under for total goals in this game is set at 5.5. 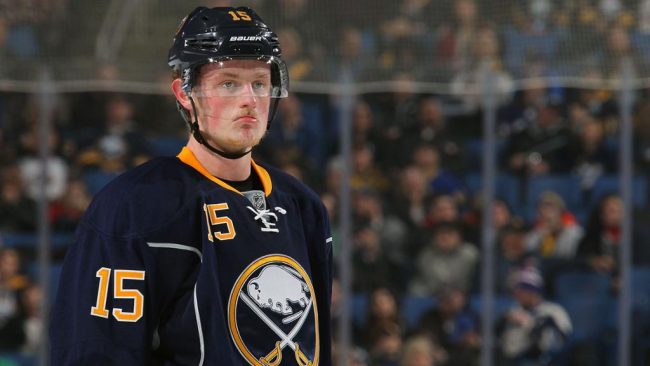 Ducks vs. Sabres Head to Head

This is the first of two meetings between the Anaheim Ducks and Buffalo Sabres this season. Last year the two teams split their two games, with the Sabres winning in regulation, and the Ducks winning an overtime thriller against Buffalo in the second meeting.

The Anaheim Ducks have given up just 2.1 goals per game this season, which is the second-best mark in the NHL. Goaltenders John Gibson and Ryan Miller have both been sharp in net for the Ducks, with each goalie having a sub-two goals against average. Jakob Silfverberg has been the offensive star for the Ducks this season, leading the team with three goals and seven points.

The Buffalo Sabres have scored just 2.3 goals per game this season, which is one of the worst averages in the NBA. Center Jack Eichel leads the team with eight points, including five assists. Goaltender Linus Ullmark has been impressive in net this season, posting a 0.50 goals against average through two starts for the Sabres.

The Anaheim Ducks have been busy making changes to their roster in the early going this season. They recently traded center Mitch Hults to the Tampa Bay Lightning for cash considerations. The Ducks have also recalled Pontus Aberg from the San Diego Gulls and sent Troy Terry to San Diego.

The Buffalo Sabres have also been shuffling their lines in hopes of finding one that works. Patrik Berglund and Johan Larsson were recently put back into the Sabres lineup after being healthy scratches. Left winger Jeff Skinner recorded a hat trick in the Sabres 4-1 victory over the Los Angeles Kings on Saturday night. 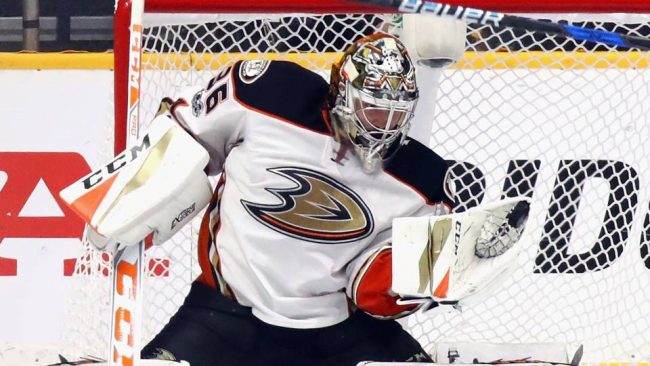 The Buffalo Sabres are still trying to rebuild their roster in an effort to get back to the Stanley Cup Playoffs. The Sabres have been getting great work from their goaltenders this season, but they have struggled to score goals. The Anaheim Ducks look like a real contender to win the Stanley Cup this season, and they should control the Sabres in this contest. Bet the Anaheim Ducks -170 over the Buffalo Sabres on Sunday night.

Join us on Telegram to get even more free tips!
« Columbus Blue Jackets vs. Chicago Blackhawks Preview, Tips, and Odds
Vancouver Canucks vs. Washington Capitals Preview, Tips, and Odds »
SportingPedia covers the latest news and predictions in the sports industry. Here you can also find extensive guides for betting on Soccer, NFL, NBA, NHL, Tennis, Horses as well as reviews of the most trusted betting sites.
NHL Betting Tips, Predictions and Odds 800