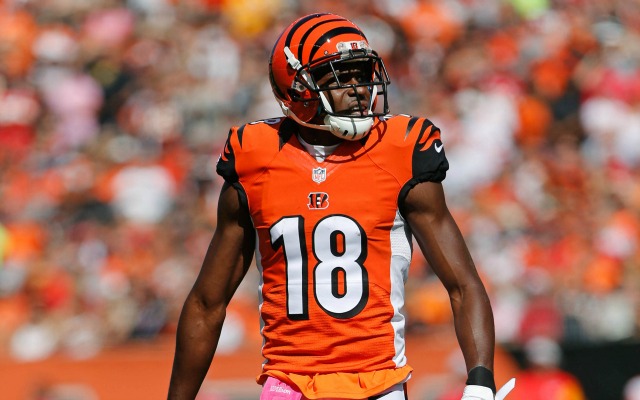 A game winning 59-yard field goal in overtime from Chandler Catanzaro got the Tampa Bay Buccaneers back on track after dropping three straight games. It was the Browns fourth overtime game this season, pushing their record now to 2-4-1. The Buccaneers now hold a 3-3 record and look to build off last week’s victory against the Bengals. In Week 7 the Bengals traveled to Arrowhead to take on the red-hot Kansas City Chiefs and were blown out 45-10. Cincinnati is now tied with the Ravens for second in the AFC North with a 4-3 record, only trailing the 3-2-1 Pittsburgh Steelers. The Bengals are a much better team than they showed against the Chief and should return to form against the Buccaneers.

Cincinnati is favored -4.5 playing at home in Week 8. Perhaps the odds are a bit low for the Bengals who have played well all season and sit at 2-1 when playing at home. Their only loss at home came against the Steelers in Week 6 28-21. It’s going to be a tough game for the Buccaneers after losing MLB Kwon Alexander to the injured reserve. This is a monumental loss to a defense that allows the most points per game in the league (32.7). The total listed for this game is at 54. 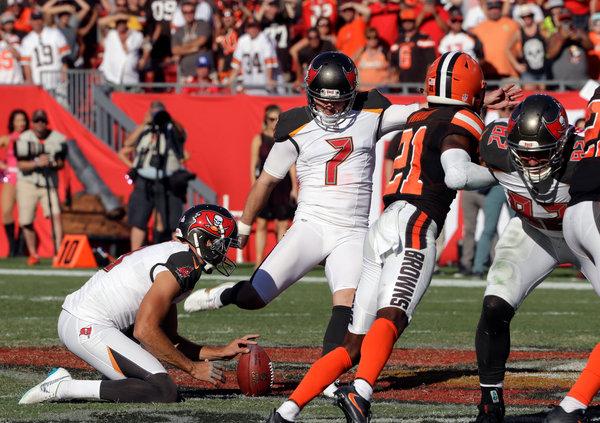 Buccaneers vs. Bengals Head to Head

The all-time record sits at 7-4 in the Buccaneers favor winning six of their last seven games against the Bengals. The last time these two teams faced off was back in 2014 when the Bengals won 14-13. This is a game that shows enough signs to be a shootout as while the Buccaneers average the most total yards per game (449.5), they also allow the 29th most yards in the league (417.5). The Bengals give up the second most yards in the league (429.4), so by all means fire all the Buccaneers and Bengals players you own on your fantasy teams.

Both quarterbacks in this matchup benefit tremendously from the talent put around them.  For Andy Dalton, it’s been another solid season so far, passing for 1,822 yards with a 15:8 TD to INT ratio. His top two targets have been WR’s A.J. Green and Tyler Boyd, who are combined for 80 receptions, 1,093 yards and 9 touchdowns on the season. There is no other receiver on the Bengals that has more than 20 receptions, but it’s a bit different for the Buccaneers who spread the ball out a bit more. Jameis Winston will be making his 3rd straight start for Tampa Bay and has so far posted 905 passing yards with a 5:6 TD to INT ratio. Mike Evans went for 7 catches and 107 yards against the Browns pushing his season total to 40 catches for 591 yards and 3 TD’s.

The Bengals will be without WR John Ross for a few weeks with a groin injury. Following the season-ending injury to Kwon Alexander, the Buccaneers have signed LB Riley Bullough as he and Adarius Taylor seem to be the next man up. 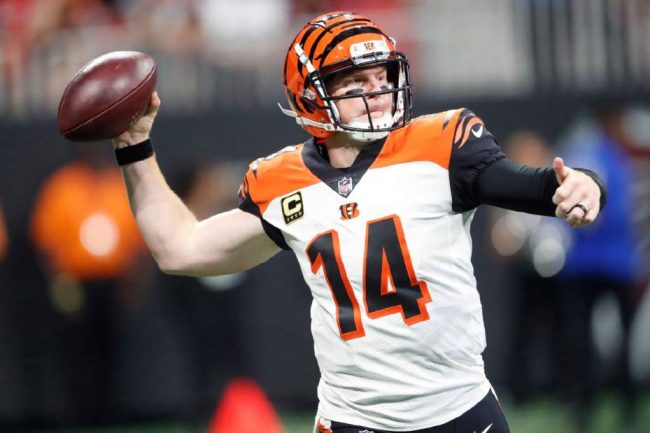 This is going to be a close shootout, but we’re taking the Bengals in this one, 30-27.

Join us on Telegram to get even more free tips!
« Jets vs. Bears Preview, Tips, and Odds
Buffalo Bills vs. New England Patriots Preview, Tips, and Odds »
SportingPedia covers the latest news and predictions in the sports industry. Here you can also find extensive guides for betting on Soccer, NFL, NBA, NHL, Tennis, Horses as well as reviews of the most trusted betting sites.
NFL Betting Tips, Predictions and Odds 332