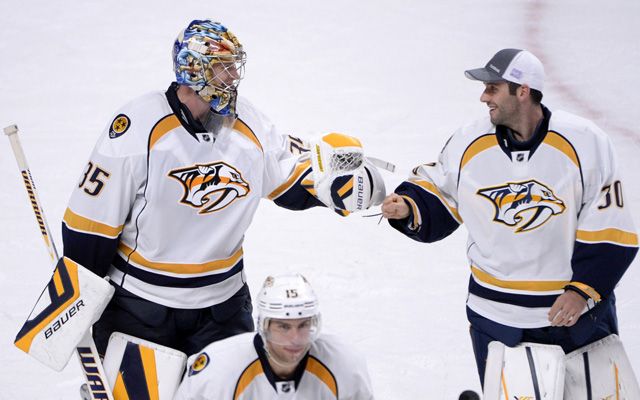 The Nashville Predators will host the Vegas Golden Knights for an NHL showdown on Tuesday night in Tennessee. This is a battle of the top two regular season teams in the Western Conference last year. Nashville is off to a fast start again this season, recording 16 points through their first eleven games. The Predators are tied with the Colorado Avalanche atop the Central Division. The Golden Knights are off to a relatively slow start this year and have earned just eleven points through their first eleven games. Vegas is in a tie for fifth place in the Pacific Division.

The moneyline for this game in Nashville -162 while the Golden Knights check in at +146. The over/under for total goals scored in this game is set at 5.5.
Spread: Nashville Predators -162
Total: 5.5 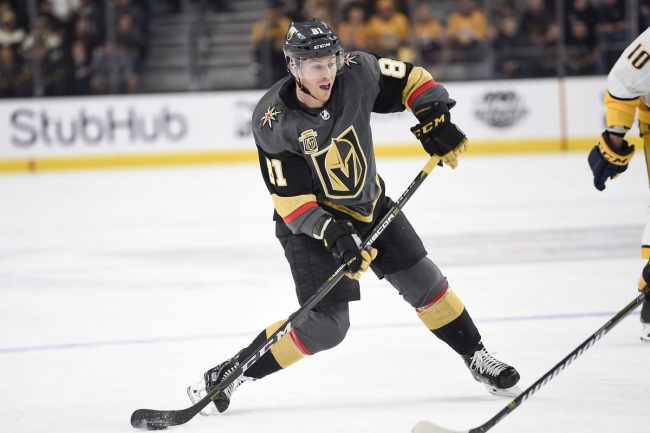 The Nashville Predators have incredible balance on both sides of the puck. The Predators average 3.5 goals per game while only giving up 2.5 goals per game. Both of those numbers are top-10 in the NHL. Filip Forsberg leads the Nashville offense with 14 points so far this season while Ryan Johansen has racked up eleven assists.

The Vegas Golden Knights are averaging just 2.3 goals per game this season, which is the third-worst average in the NHL. Jonathan Marchessault has been the offensive star for Vegas this season, leading the team with six goals and eleven points. Marc-Andre Fleury has played well in net for Vegas, posting a 2.49 goals against average this season.

Filip Forsberg made history in the Predators’ loss to the Edmonton Oilers over the weekend. Forsberg netted his sixth career hat trick on Saturday and notched his 10th goal of the season. He became the first player in Predators history to score at least ten goals in the team’s first eleven games. The Predators are still without goaltender Pekka Rinne as he remains on injured reserve for an undisclosed injury.

The Golden Knights could be without Max Pacioretty in this game as he is listed as day-to-day with an upper-body injury. Earlier this week the Golden Knights announced that they have signed defenseman Nate Schmidt to a six-year contract extension through the 2024-25 season. Schmidt will earn an average salary of just under $6 million. 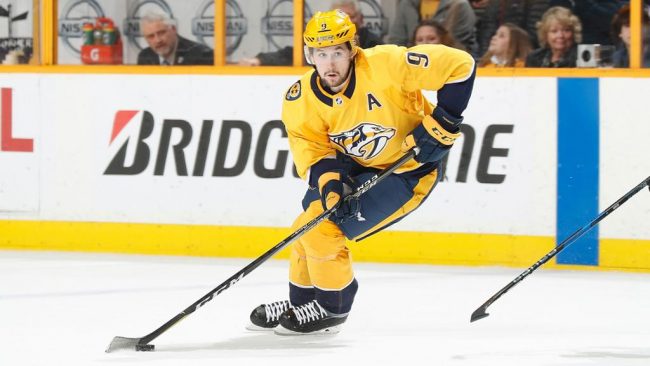 The Golden Knights were the story of the NHL a season ago, but they have struggled so far this year. Nashville was the top regular season team in 2017-18, and they look like they might repeat the feat this year. Vegas doesn’t have the offensive weapons needed to keep up with Nashville in this game. Bet the Nashville Predators -162 over the Vegas Golden Knights on Tuesday night.

Join us on Telegram to get even more free tips!
« Anaheim Ducks vs. San Jose Sharks Preview, Tips, and Odds
Maple Leafs Lose Offensive Star »
SportingPedia covers the latest news and predictions in the sports industry. Here you can also find extensive guides for betting on Soccer, NFL, NBA, NHL, Tennis, Horses as well as reviews of the most trusted betting sites.
NHL Betting Tips, Predictions and Odds 798