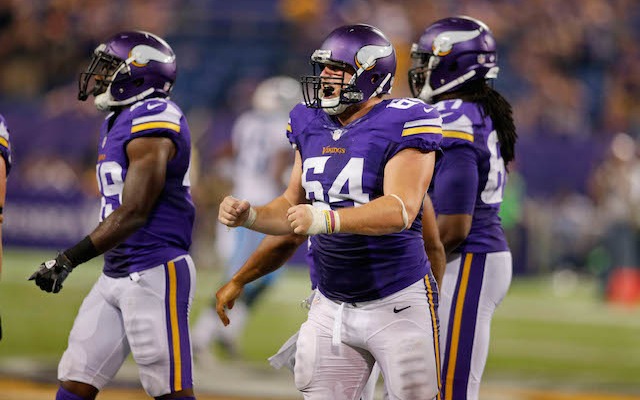 In arguably the most competitive division in the NFL, the NFC North standings seem to make a drastic change week to week. Given that the Bears were the only team to win in the division during Week 8, they managed to go from last place to first place. We’re here to focus on the Detroit Lions heading to U.S. Bank Stadium to take on the Minnesota Vikings. The Vikings are currently in second place at 4-3-1, while the Lions see themselves in last place at 3-4.

The Vikings are favored at -4.5, as they are winners of three of their past five games. Minnesota fell short of the Saints at home last week 30-20 and the Lions lost to the Seahawks 28-14 as well. The Vikings have dominated the Lions with a career 72-39-2 record against them. The total is listed at 49. 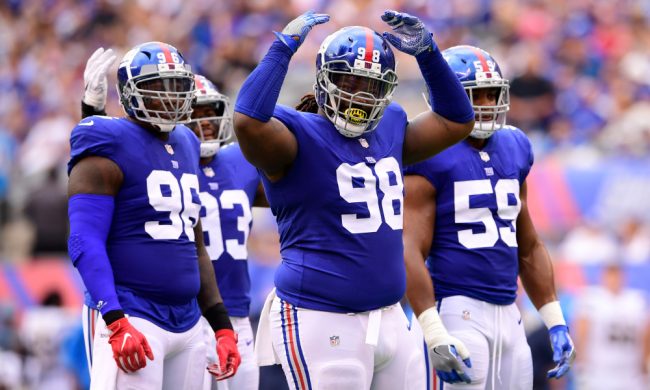 Lions vs. Vikings Head to Head

We’ll start with the Lions who got exposed in the second quarter of the game against the Seahawks where Russell Wilson managed to throw three touchdowns in the quarter. That first half montage put the Lions down 21-7 by halftime and they couldn’t manage to make a comeback. Even after acquiring Damon Harrison from the Giants to help bolster their run defense they allowed 176 yards on the ground, 105 yards and a touchdown coming from Chris Carson. The Seahawks did a good job holding Kerryon Johnson to 8 carries for just 22 yards, as Matthew Stafford and Marvin Jones seemed to be the only thing working on the field. Stafford finished with 310 yards with a 2:1 TD to INT ratio, while Jones reeled in 7 catches for 117 yards and both of Stafford’s touchdown passes. The Vikings had to face the red-hot Saints who have now won six straight games. It was a big game for the passing offense as Kirk Cousins finished with 359 yards and a 2:1 TD to INT ratio. Unfortunately, his one interception went back for a touchdown by CB P.J. Williams. They’ll look to regain the top spot in the division against the Lions in Week 9.

Adam Thielen continues to prove that he’s the best wide receiver in the NFL this year, extending his 100-yard game streak to a league record 8 straight games. His toughest matchup will come this week against Darius Slay who is expected to cover him. Thielen continues to dominate the league in receiving yards with 925 already. The next closest receiver is Julio Jones with 812 receiving yards.

The Lions decided to move on from WR Golden Tate, as they traded him away to the Eagles in exchange for a third-round pick. This gives Carson Wentz another weapon around Alshon Jeffrey, Nelson Agholor and Zach Ertz, while the Lions will lean heavier on Kenny Golladay and Marvin Jones. 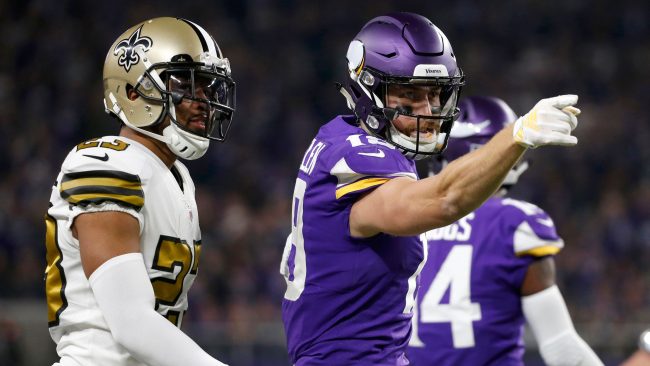 Minnesota’s defense has fared much better at home compared to on the road as of late, as we’re taking the Vikings in Week 9.

Join us on Telegram to get even more free tips!
« Jets vs. Dolphins Preview, Tips, and Odds
Carolina Panthers vs. Pittsburgh Steelers Preview, Tips, & Odds »
SportingPedia covers the latest news and predictions in the sports industry. Here you can also find extensive guides for betting on Soccer, NFL, NBA, NHL, Tennis, Horses as well as reviews of the most trusted betting sites.
NFL Betting Tips, Predictions and Odds 332