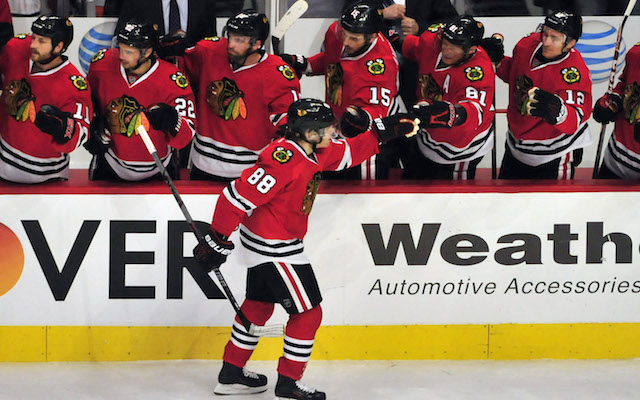 A pair of struggling NHL teams will square off in Chicago on Thursday night when the Blackhawks host the Carolina Hurricanes. Both the Blackhawks and Hurricanes come into this game having lost their last five games, and each team will be desperate for a victory. Chicago comes into this game with just 15 points, which is the second-lowest total in the Central division. Carolina has been worse, recording just 14 points so far this season which is the second lowest total in the Metropolitan Division. Carolina has not been to the NHL Playoffs since the 2008-09 season, while the Blackhawks missed the playoff for the first time in a long stretch a season ago.

The moneyline for this game is Chicago Blackhawks -110 while the Hurricanes come in at +100. The over/under for total goals scored is set at 6.0
Money Line: Blackhawks -110
Total: 6.0 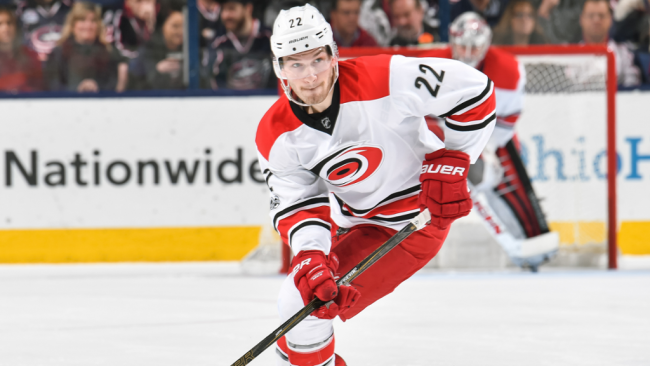 Blackhawks vs. Hurricanes Head to Head

This is the first of two matchups between the Chicago Blackhawks and Carolina Hurricanes this season. The two teams split their two games during the 2017-18 season with each team winning a game on the road. The Blackhawks and Hurricanes each scored six total goals in those two games.

Chicago is giving up a whopping 3.7 goals per game, which is the third-worst mark in the NHL. Goaltender Corey Crawford has gone just 3-4 since making his return, posting a 2.92 goals against average. Patrick Kane has been the offensive star for Chicago this season, who come in averaging 3.1 goals per game. Kane leads the team with 11 goals, eight assists, and 19 total points.

Carolina has been one of the worst offensive teams in the NHL this season, scoring just 2.6 goals per game. Left Winger Michael Ferland leads the team with seven goals scored for the Hurricanes and has also chipped in with four assists. Sebastian Aho has tallied 13 assists and 17 total points for Carolina this season.

The Chicago Blackhawks made a surprising move on Tuesday, firing longtime coach Joel Quenneville. Quenneville led the Blackhawks to three Stanley Cup titles during his tenure with the team. Chicago announced that Jeremy Colliton will be the head coach, making him the youngest head coach in the NHL at the age of 33.

Carolina goaltender Scott Darling is expected to be in net for this game against his former team, the Chicago Blackhawks. Darling was a part of a Stanley Cup champion team in 2015 with Chicago and grew up in Lemont, Illinois. 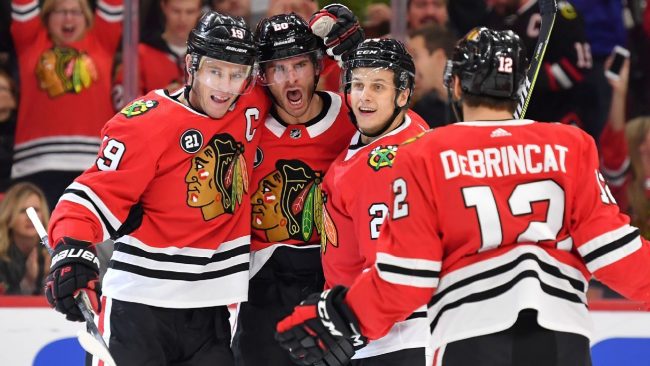 The Chicago Blackhawks have too much offensive talent to continue to lose, but it will be interesting to see how they look under new leadership. Patrick Kane and company can put up a bunch of goals, but they need better play from the defense. The Hurricanes were not expected to contend this season, and they are playing like it. Look for the Blackhawks to snap their long losing streak in this game. Bet the Chicago Blackhawks -110 over the Carolina Hurricanes.

Join us on Telegram to get even more free tips!
« Kings Fire Head Coach John Stevens
St. Louis Blues vs. San Jose Sharks Preview, Tips, and Odds »
SportingPedia covers the latest news and predictions in the sports industry. Here you can also find extensive guides for betting on Soccer, NFL, NBA, NHL, Tennis, Horses as well as reviews of the most trusted betting sites.
NHL Betting Tips, Predictions and Odds 798