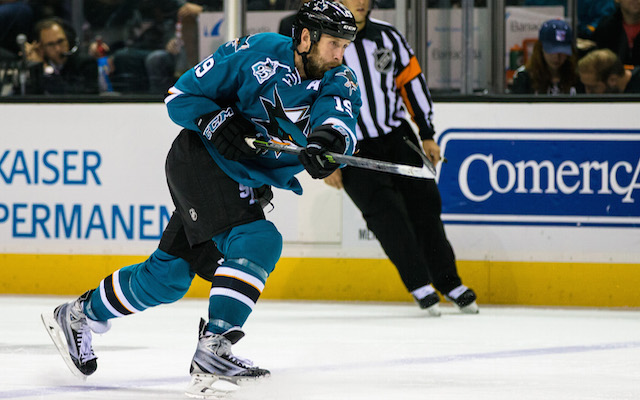 The St. Louis Blues will host the San Jose Sharks in a Western Conference NHL matchup on Friday night in Missouri. The Blues are one of the worst teams in the Western Conference while the Sharks have emerged as one of the top teams in the NHL. This will be the second of back-to-back games for San Jose while St. Louis hasn’t played since Tuesday night. The Blues come into this game with just 13 points this season, while the Sharks have earned 19 to take control of the Pacific Division. Both the Blues and Sharks are two of the top-10 scoring teams in the NHL, and this should be a high-scoring affair.

The moneyline for this game has both the St. Louis Blues and San Jose Sharks both at -110. The over/under for total goals scored is set at 6.0. 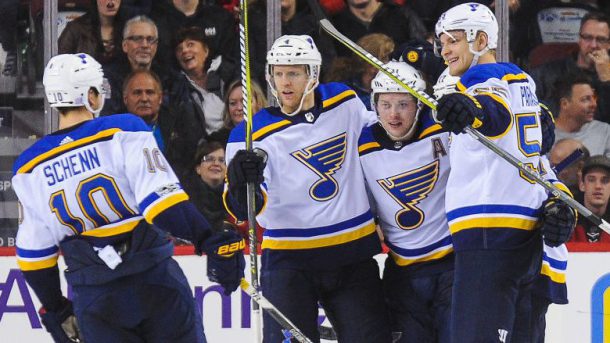 Blues vs. Sharks Head to Head

This is the first of three meetings between the St. Louis Blues and San Jose Sharks this season. Last year, San Jose took two of three games from the Blues, outscoring St. Louis seven to five in those three contests.

The St. Louis Blues are the third-highest scoring team in the NHL, averaging 3.5 goals per game so far this season. Center Ryan O’Reilly has been the offensive star for the Blues, leading the team in goals (7), assists (12), and points (19). Goaltender Jake Allen has gotten the most starts for the Blues in net, but he has posted just a 3.99 goals against average and has a 4-3-3 record.

Brent Burns has been the offensive star for the Sharks so far this season. The longtime veteran has racked up 15 assists and 18 points to lead the San Jose team. Goaltender Martin Jones has been solid in net, posting a 2.72 goals against average.

The St. Louis Blues must decide what to do with rookie Robert Thomas. The 19-year-old has played in nine games with the Blues this season, and a 10th would count as a full season to his entry deal. Thomas is unable to play in the AHL this season, but the Blues could return him to his junior team. Veteran defenseman Jay Bouwmeester was a healthy scratch in the Blues victory on Tuesday night.

San Jose Sharks veteran Joe Thornton played in his 1,500th career NHL game on Thursday night in Dallas. Defenseman Brent Burns picked up his 400th career assist in the game against the Stars as well. Tomas Hertl is trying to battle back from a head injury suffered over the weekend but should be close to 100 percent for this matchup. 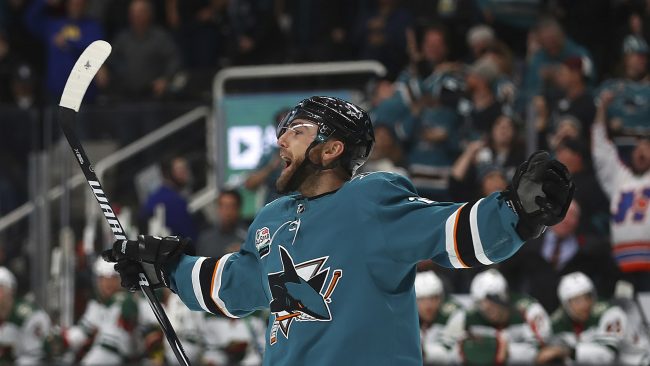 The Sharks are the much better team on paper, but they will likely be fatigued after playing in Dallas on Thursday night. Look for the Blues to get off to a quick start in this game, but San Jose is too good to lose to a team like the Blues. Bet the San Jose Sharks -110 over the Blues on Friday night.

Join us on Telegram to get even more free tips!
« Chicago Blackhawks vs. Carolina Hurricanes Preview, Tips, and Odds
NHL News: Blackhawks Under New Head Coach »
SportingPedia covers the latest news and predictions in the sports industry. Here you can also find extensive guides for betting on Soccer, NFL, NBA, NHL, Tennis, Horses as well as reviews of the most trusted betting sites.
NHL Betting Tips, Predictions and Odds 800